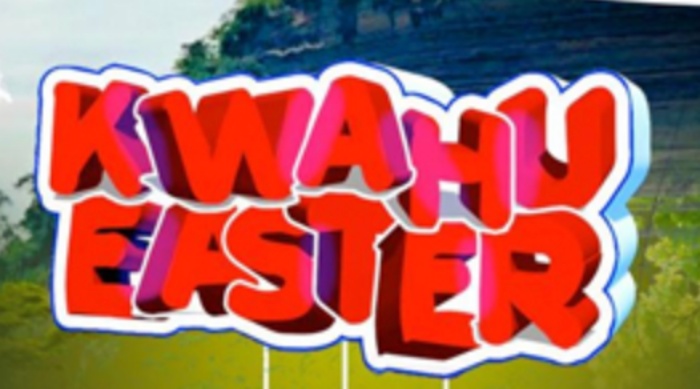 The Kwahu Traditional Council have officially called off all activities and social gathering in and around Kwahu in the Eastern region.

To adhere the President Akufo-Addo’s directive to ban all church related activities, mosques prayers and all other public gatherings, the chiefs of Kwahu have called off all festivals and public events which includes the popular and much patronized Kwahu Easter festival and all activities that comes with it.

An official press released by the Kwahu Traditional Council, under the Ministry of Culture and Religious Affairs dated March 16, 2020, states that the directive is due to the fast spreading coronavirus and the ban takes effect immediately till further notice.

The statement further said appointments and visits to various palaces in Kwahu has also been cancelled unless “they are extremely necessary.”

“All public engagements by Nananom within the Kwahu Traditional Council are canceled. Akwasidae should be celebrated with minimal contacts and restricted to indoor traditional ceremonies,” the statement indicated.

Amongst the role out measures issued, the chiefs and people of Kwahuman are to desist from travelling and suspend one-week observation of the deceased. 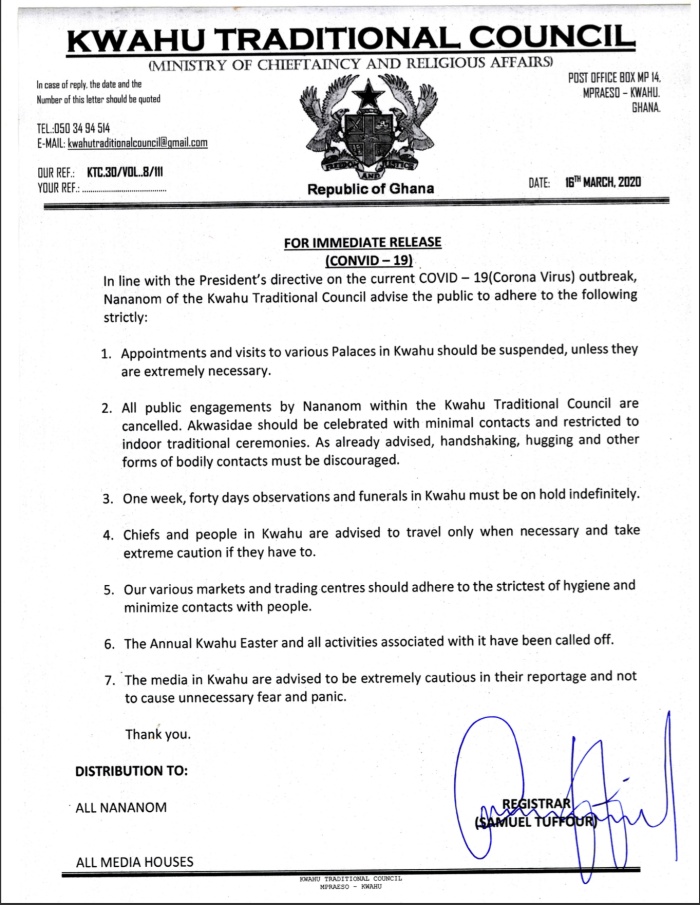