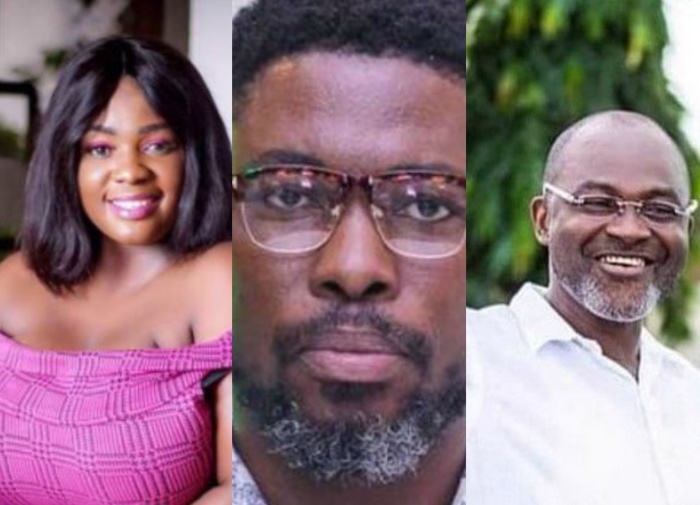 Ghanaian politician, businessman and  Assin Central’s Member of Parliament for the New Patriotic Party, Kennedy Agyapong has added his voice to the “Papa no” saga.

According to the maverick politician, Tracy is a cheap celebrity who slept with musician A-Plus and one of his boys.

Speaking on Net 2 TV on The Seat with Kweku Annan, Kennedy Agyapong opened fire and threw some heavy bombs at Kumawood actress Tracy Boakye, claiming that A-Plus slept with Tracy Boakye and refused to give her a dime.

“You Tracy Boakye didn’t you go out with A-Plus, didn’t you sleep with him, you begged him for money. He didn’t give it to you”, the Assin Central MP fired.

According to him A-Plus even blackmailed Tracey after having an affair with her.

He said: “you came from Kumasi to sleep with A Plus. He even blackmailed you afterward. Told you even his wife is aware he has had an affair with you”.

Tracy Boakye has made news headlines in Ghana recently for all the wrong reasons. She came out in a self-made video to throw jabs at musician Mzbel for snatching her supposed boyfriend “Papa no”.

Mzbel retaliated in a live video too which led to some back and forth and serious revelations. Just when everybody thought it was all over and Tracey is about to enjoy some peace, Kennedy Agyapong comes with a banger.