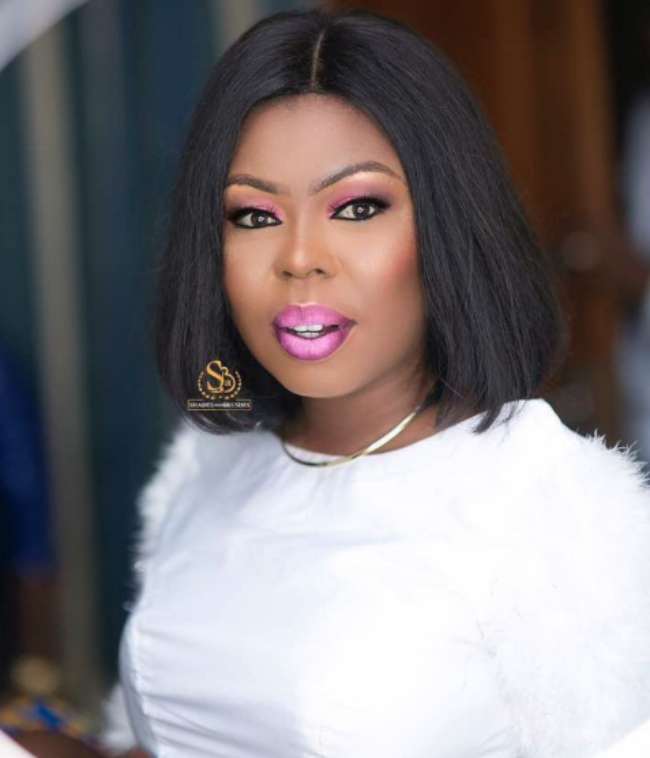 The trending Afia Schwarzenegger and Abrokwah marriage scandal has taken a legal twist.

Nkonkonsa.com can confirm that Comedian/TV Host Afia Schwarzenegger whose husband allegedly caught her in bed with another man and attacked her with acid, is seeking legal redress.

A reliable source close to Afia Schwarzenegger has confirmed to Nkonkonsa.com that, the suspect Mr. Lawrencia Abrokwah was arrested, detained and later granted bail at the Achimota Police Station and currently a docket has been prepared and the police are ready to prosecute him.

Contrary to media reports that Mr. Lawrence Abrokwah, ‘husband’ of Afia Schwarzenegger is expected to appear in court today, Friday, 8, 2017, Nkonkonsa.com can confidently confirm that the legal battle between Abrokwah and Afia begins on Monday September 11, 2017.

According to our sources, first hearing is scheduled for Monday September 11, 2017 at the Domestic Violence court 5, Cocoa Affairs court in Accra. Charges allegedly levelled against Mr. Abrokwah includes recording and circulation of obscene materials, unlawful entry, assaults, threat of harm, among others charges which is expected to be read out in court on Monday.

Nkonkonsa.com also gather that the alleged acid attack on Afia and her supposed new man, happened early Wednesday morning August 30, 2017 at about 5am at Afia’s residence in Accra.

There is a video circulating on social media showing Afia Schwarzenegger in bed with another man on her matrimonial bed. The video looks like a selfie video recorded by Mr. Abrokwah accusing Afia of infidelity and threatening to damage her face with a liquid substance in a small bottle, which he claims is acid.

In the video, Afia Schwarzenegger is seen wearing a headscarf and covered her naked her body with a white towel trying to hide her face from the lenses of the camera and exchanging words with Mr. Abrokwah.

The two minutes, twenty three seconds video was licked on Thursday September 7, 2017 and and so far, it has been watched more than 1 million times already across all social media platforms.

Afia Schwarzenegger and Mr. Lawrence Abrokwah have been married for barely nine months.

They got married at a private marriage ceremony in South Africa on Saturday October 22, 2016 inside a church at Florida Lake in Johannesburg.