BEYONCE IS PREGNANT WITH TWINS 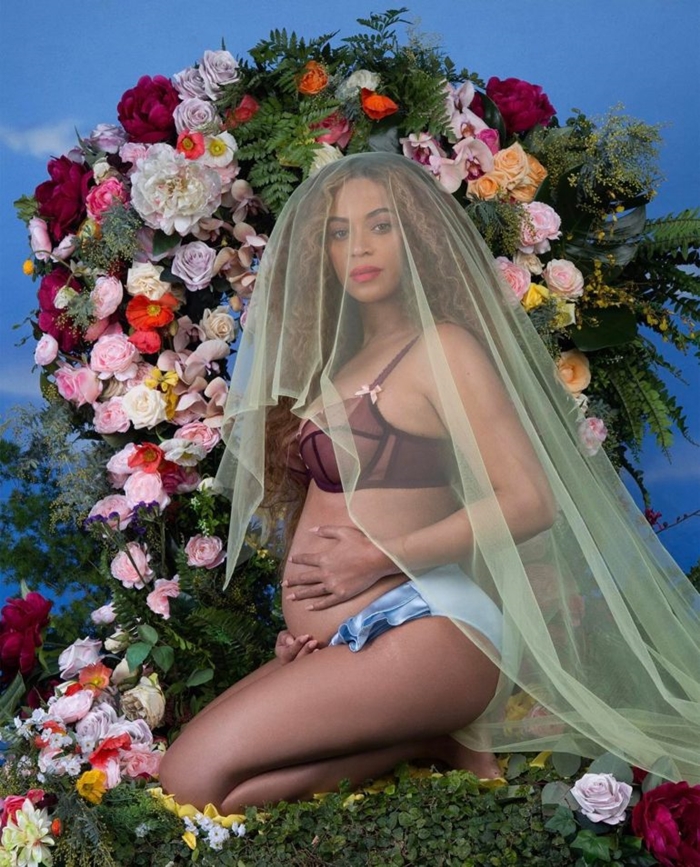 American Singer/Performer Beyonce has confirmed with a baby bump photo that she is pregnant–with twins.

The singer who already has a daughter-Blue Ivy with rapper husband-Jay Z made the shock announcement on Wednesday on Instagram.

She wrote: “We would like to share our love and happiness. We have been blessed two times over. We are incredibly grateful that our family will be growing by two, and we thank you for your well wishes. -The Carters,” she added.

Beyoncé is due to headline April’s Coachella festival. Assuming the announcement has come after the traditional 12-week pregnancy waiting period, she will be at least five and a half months pregnant when she takes to the stage.

Beyoncé and husband Jay Z’s daughter Blue Ivy was born in 2012. She revealed her pregnancy with Blue Ivy on the red carpet at the MTV music awards in 2011, before showing off her bump after a performance of Love on Top.

Beyoncé, 35, is due to make an appearance at the Grammy awards on 12 February, where she is nominated in nine categories for her Lemonade album last year, the most nominations of any artist this year.