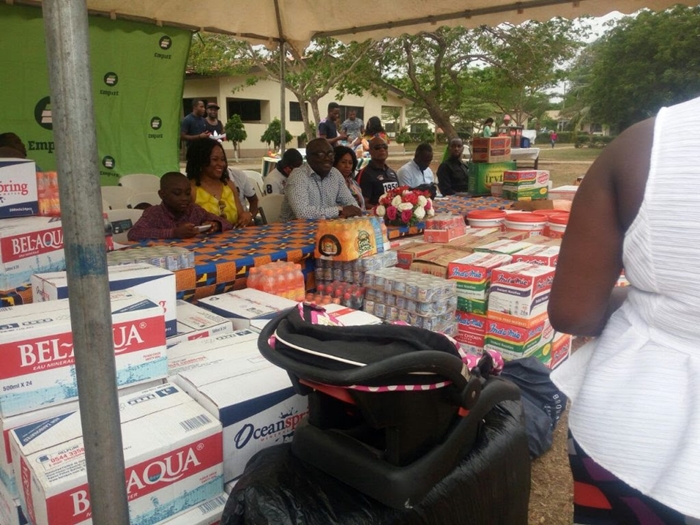 The Chief Executive Officer of EIB Network, Nathaniel Kwabena Anokye Adisi, aka Bola Ray, has donated GH¢ 40,000 to the management and children of the SOS Children’s Village in Tema.

The donation formed part of an annual donation exercise by Bola Ray and his family as well as close associates, meant to put smiles on the faces of the less-privileged.

He was supported by some friends and working colleagues including Mr. and Mrs. Bannerman-Quist (Leeford), Loretta Aryeetey, Ben Adu Owusu, CEO of Express Capital, Robert Coleman of Zoomlion, and Nana Adwoa Anterkyi of Ecobank among others.

SOS caters for over 60,000 children in 125 countries around the world. The project gives children a home, an education and a future.