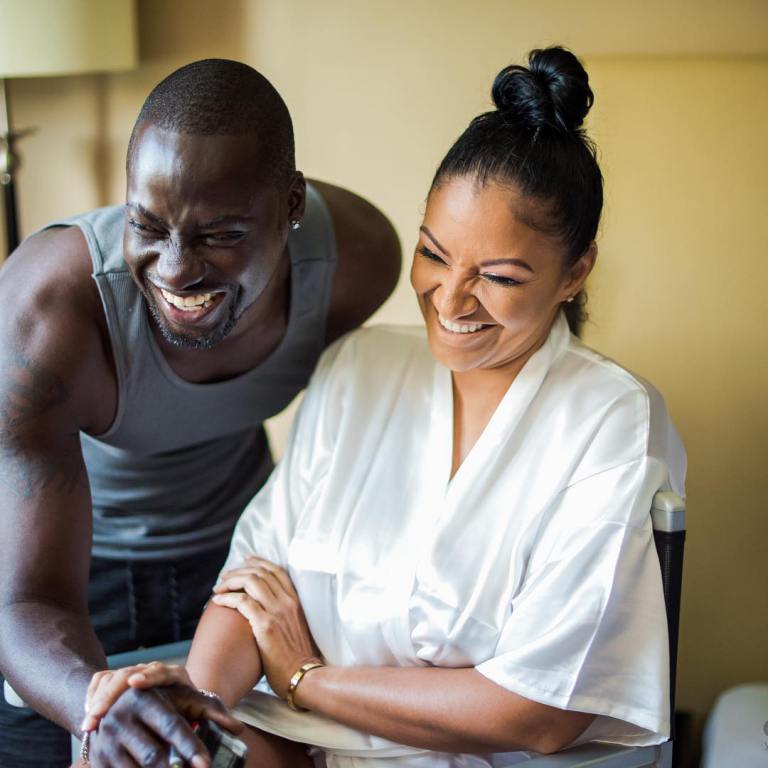 Latest divorce details in the case of Ghanian actor Chris Attoh’s murdered wife, Bettie Jenifer, indicate that she and her first husband, Kedrick Jenifer, both cited infidelity as reasons for filing for divorce.

According to ABC7 news reports, their divorce documents showed no signs of them ever reconciling before her death.

Bettie, 44, was shot and killed by an unknown gun man when leaving her office in Greenbelt, Maryland early May. Greenbelt Police are yet to make an arrest in the murder case.

Bettie got married to Kedrick Jenifer 1999 and she shared her 17-year-old twins, a daughter and a son, with him.

Kedrick was arrested in 2014 for drug charges. He pleaded guilty to distributing cocaine and was sentenced January 2016 to 20 years behind bars at Federal Correctional Institution Fort Dix in New Jersey.

About a year and nine months later, Bettie again got married to Chris Attoh in October 2018 while Kedrick was in jail.

On April 9, 2019, six months after the Ghana wedding, her first spouse filed for divorce.

In court documents, according to ABC7 News, Kedrick Jenifer cited two grounds for divorce, including his incarceration and claims Bettie was unfaithful.

“That the defendant did commit adultery and the plaintiff has neither forgiven nor condoned said conduct and there is no reasonable hope or expectation of a reconciliation between the parties,” it stated in the document.

Six days after that filing, Bettie Jenifer filed for divorce from her imprisoned husband on April 15. She alleges her husband was unfaithful too.

“That although the conduct of the plaintiff toward the defendant has always been kind, affectionate and above reproach, the defendant nevertheless did, on numerous occasions, commit adultery,” the court document said.

She requested sole custody of the children and division of the assets.

On May 10, just after 5:00 pm in Greenbelt, Bettie Jenifer was shot and killed.