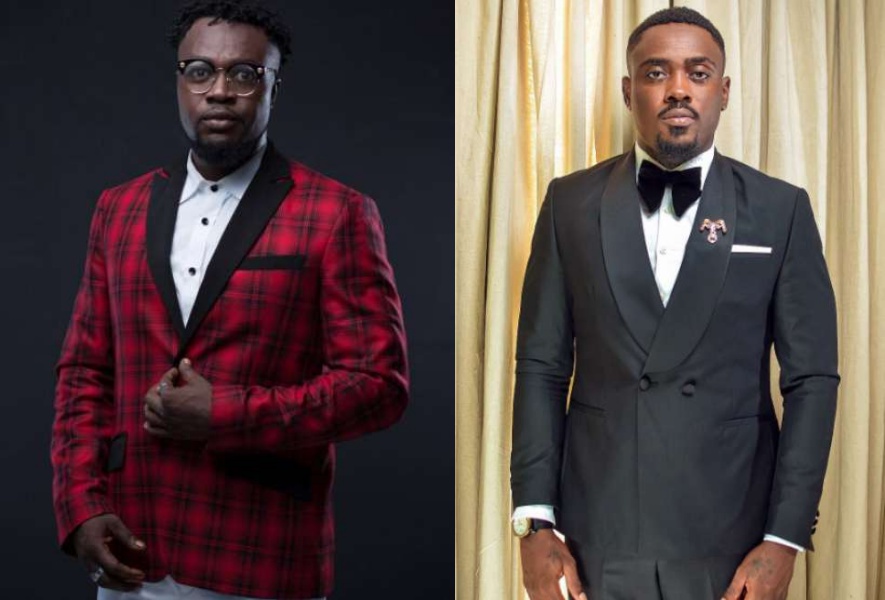 Two Ghanaian actors are currently at loggerheads, Nkonkonsa.com can confirm.

Actor turned movie director Eddie Nartey and ladies’ man Actor Toosweet Annan have both unfollowed each other on Instagram because of their differences.

Nkonkonsa.com spotted the two in a heated argument over the issue resulting in insults, on Friday July 14, 2017 during the launch of Arts Club of Ghana at Zylofon Media office in Accra.

Actor Tooseet Annan confirmed to Nkonkonsa.com that he has indeed unfollowed Eddie on Instagram adding that he has even blocked him as well because Eddie started acting funny towards him.

Toosweet told Nkonkonsa.com that, he realized Eddie Nartey had unfollowed him without any reason, so he also decided to unfollow him and cut him off completely.

Eddie on the other hand told us a different story. Eddie denied ever unfollowing him, explaining that Toosweet is angry with him because of a role he was supposed to play in a movie which he (Eddie) directed but something happened and he (Toosweet) lost the role to another actor and Toosweet is angry and has stopped talking to him because he thinks he took the role from him.

Eddie and Toosweet refused to give Nkonkonsa.com further details of what is really going on between them but there no doubts that they are currently not the best of friends like they used to be.