EKOW MICAH REFUSES TO SPEAK TO HIS LAWYER IN COURT

Drama ensued in court today when reggae musician, Ekow Micah, who is standing trial for possessing substances suspected to marijuana, refused to speak to his counsel and rather opted to speak directly to the judge. 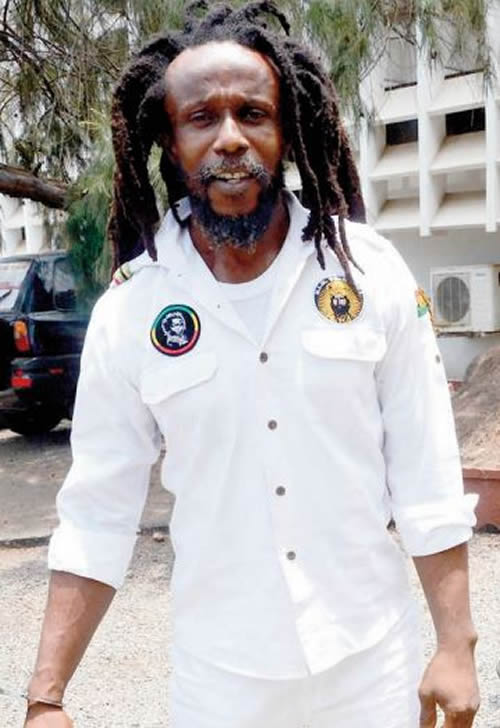 A journalist, Edem Mensah of Ghanaian Times, who was in court, reported that Ekow Micah entered the Accra Circuit Court with his arms raised up calling on the judge.

Trial judge, Judge Aboagye Tandoh, noticing the gesture, asked the musician to channel whatever information he has through his lawyer, David Percy, which he refused.

Several attempts by the judge and court officials to get Ekow to speak to his lawyer proved futile prompting the judge to call for a recess.

Asked why Ekow was requesting to speak with the judge directly, Edem said he suspects the musician has lost confidence in his lawyer and was trying to inform the judge.

The journalist said, the reggae musician accused the lawyer of not being interested in the case because he has not heard from him since the last adjournment on September 10.

Ekow refused to talk to his lawyer prompting another to mediate and attempt to resolve the impasse. The case has however been adjourned to Friday September 25, 2015.

On August 4, Micah was arrested by the Airport Police over an alleged extortion case against Black Stars captain Asamoah Gyan currently under investigation.

The following day, the Police and the accused person visited his house to conduct a search and in the process, a quantity of dried leaves suspected to be Indian hemp was found.