Nominees for this year’s edition of the Exclusive Men of the Year Awards also known as EMY Africa Awards were unveiled on Thursday, at an impressive ceremony at the Alliance Motors Showroom at Opeibea, Airport in Accra.

This year’s event is expected to honour distinguished men and women in Ghana and across the continent who have made significant achivements in the development and progress of families, societies and the African region at large.

The nominees who will be competing in seven categories include Kuami Eugene, Isaac Dogboe, King Promise, Kobby Blay and Alloysius Attah in the Discovery of the Year category and Nathaniel Attoh, Okyeame Kwame, Stephen Appiah, Harold Amenyah and Jake Obeng-Bediako in the Best Groomed Man of the Year category.

Other categories up for contention include Man of the Year (Sports), Man of the Year (Communications), Fashion Designer of the Year and Men Group of the Year.
The CEO of the EMY Awards, Kojo Soboh, said the platform is one that looks at bringing out the best in men in society.

“This is one award scheme that wants to motivate men, both young and old, that they can be more than just men. It serves as an avenue for men to move out of their comfort zone and become agents of change.

“Apart from this, it also intends to bring to light the great side of the men we look up to, they have the chance to tell their stories and give the young ones hope,” he said. 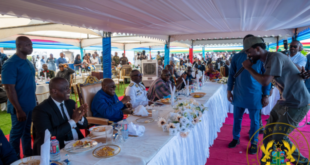