First Lady, Mrs. Rebecca Akufo Addo has rejected the salaries payment made by parliaments and has promised to refund all the allowances she has received since 2017.

Mrs. Rebecca Akufo Addo in a statement released officially on July 12, stated that she does not want to be projected as woman and mother who is self-centered and does not care about plight of the ordinary Ghanaian.

According to the statement, the First Lady in consultation with the President of the Republic, Nana Akufo Addo has decided to refund all monies paid to her as allowances from the date of the President’s assumption of office that is from January 2017 to date amounting to GHC899,097.84. 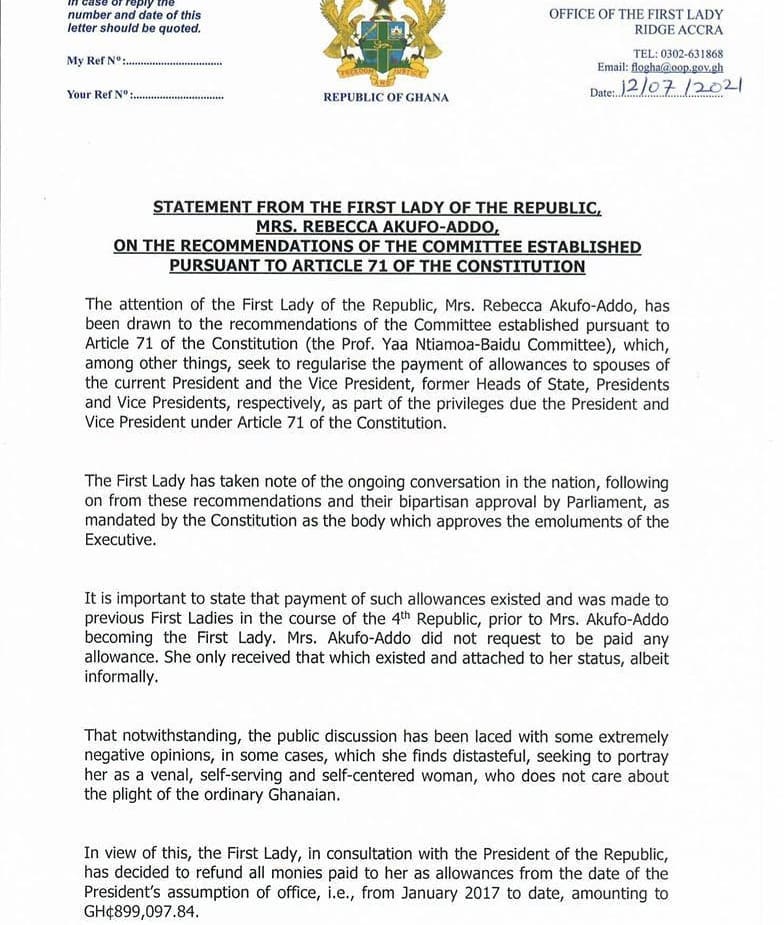