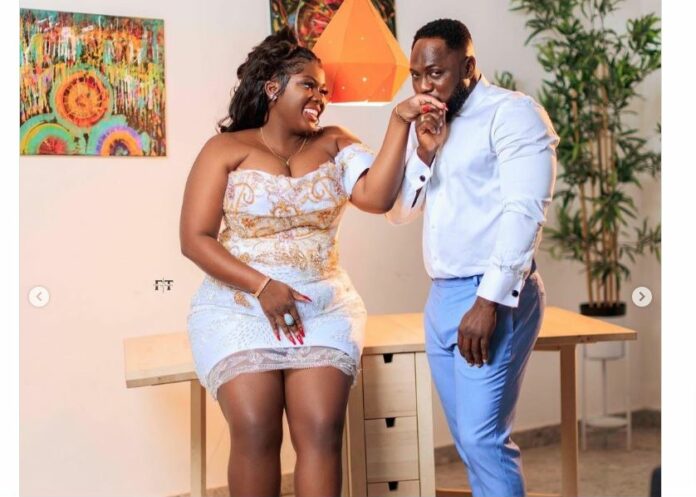 After hiding her “papa no” for a while, Ghanaian actress, producer, and entrepreneur Tracey Boakye is now openly admitting that she is finally prepared to walk down the aisle.

There were rumors that Tracey Boakye was dating former president John Dramani Mahama. Some even claimed his children were hers.

But by displaying the renowned “papa no,” the actress has at long last assuaged many people’s curiosity.

The abbreviation for their first names, “Francey 2022,” is what Tracey called the wedding.

The man has been identified as Frank Badu Ntiamoah and is the brother of Pepe, a well-known film producer in Germany.

Additionally, a rumor has it that Frank’s mother is the proprietor of one of Bremen’s well-known Afro Shops.