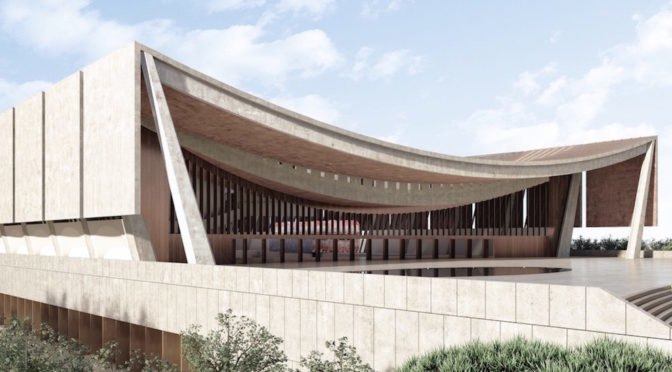 A letter, signed by the Minister of Finance, Ken Ofori-Atta, to the Controller and Accountant’s General, directed that the money be credited to Ribade Limited, for part payment of outstanding claims.

The National Cathedral project was proposed by the government in March 2017 as a physical embodiment of national unity, harmony, and spirituality.

The $350-million inter-denominational cathedral will have an auditorium capable of seating 5,000 people, as well as chapels, and a baptistery.

It is targeted to be completed in March 2024.

President Nana Addo Dankwa Akufo-Addo has been criticised for his decision to build the National Cathedral in the face of numerous challenges facing the country.

In his defence, the President has said the construction is in fulfilment of a promise he made to God in the run-up to the 2016 election.

Read the official letter below: 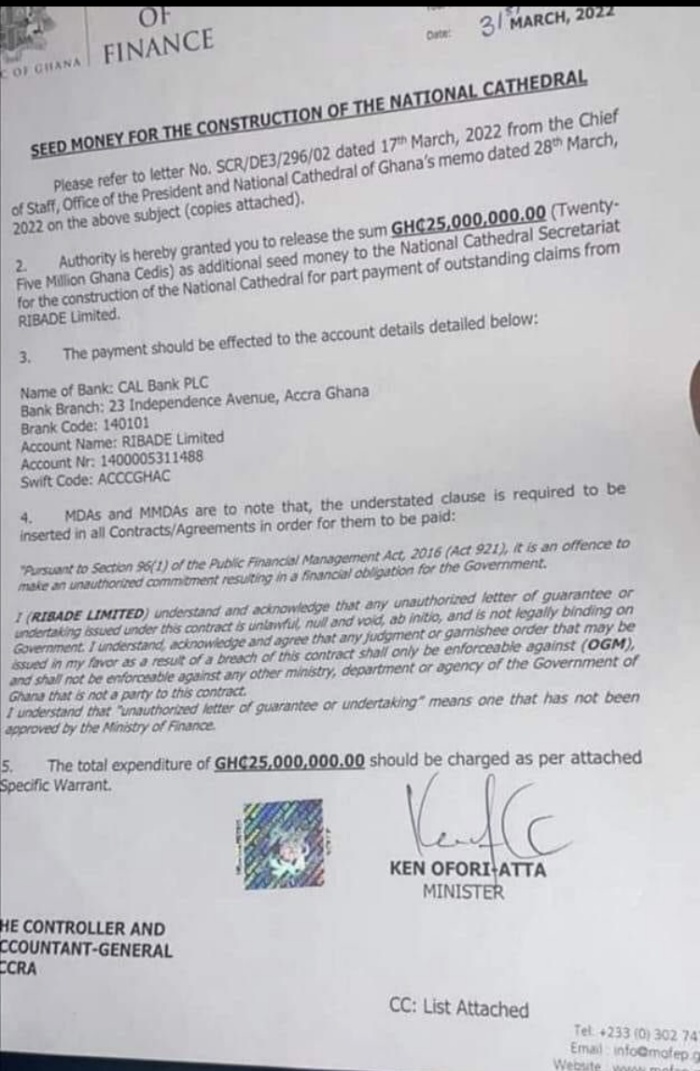