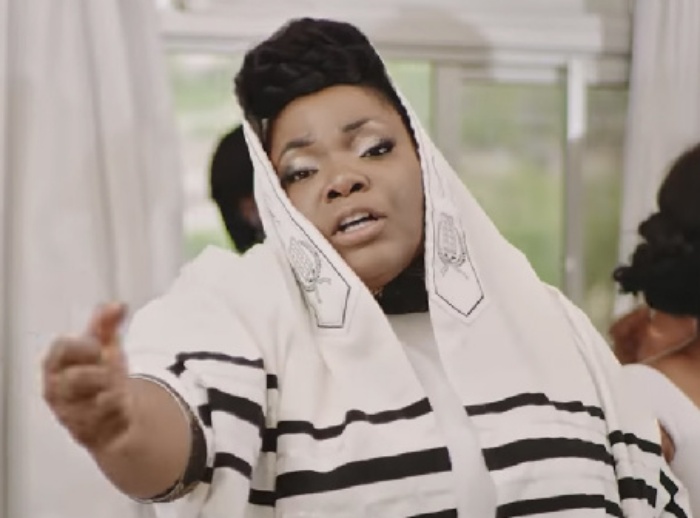 Ghanaian gospel artiste and songwriter, Celestine Donkor, has disclosed she was attacked by armed robbers in her home on Tuesday, October 20, 2020.

Narrating how it all happened in a Facebook post, she said the armed robbers attacked her between the hours of 12midnight and 2:00 am.

According to her, she was locked in her room with her husband while the armed robbers went into her children’s room which scared one of their daughter who was knocked off after shouting.

“One of my daughters tried to shout, she said she saw a man dressed in all black with a flashlight in his mouth, the next thing she suddenly felt drowsy and knocked off. We had to break our door to come out. Thank God the kids are all ok and no one was hurt,” she wrote.

She said even though no one was hurt, the armed robbers managed to get away with her phones, laptops and cash they had in the house.

“They took all our phones (3 phones: My Samsung s9+, my machine is gone, iPhones, 2 laptops, a tablet and made away with all cash we got at home, we found the bags and stuff they searched outside. It looks like they entered through the balcony, which is very unbelievable, how they managed to enter our bedroom, picked our phones and locked us inside beats my mind. WE ARE HOME PHONELESS AND CASHLESS AT THE MOMENT.”

The musician is appealing to the general public to help them find the stolen items by reporting to the police if they come across any device with her pictures. 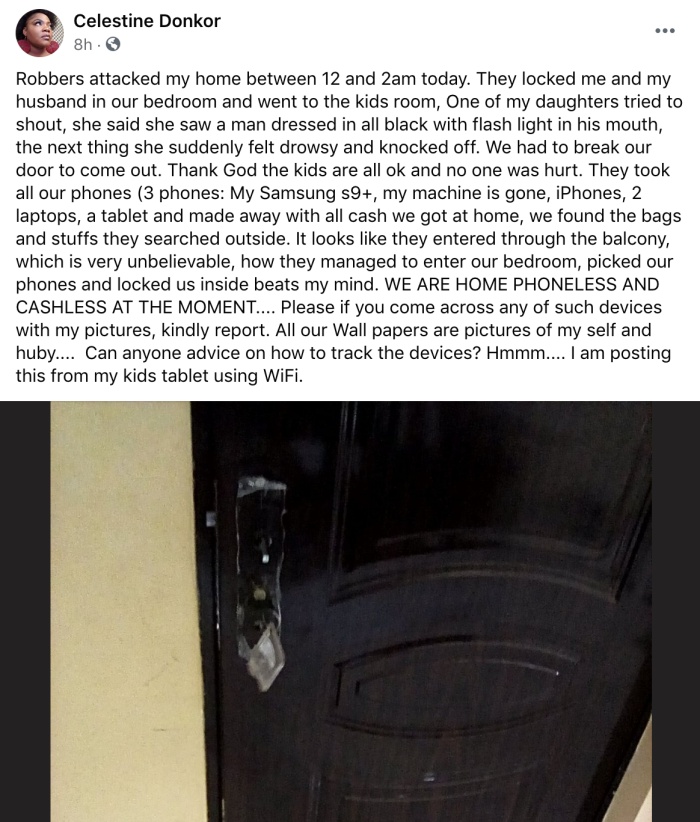