Highlife Singer, KK Fosu has been involved in a car accident on the Tema Motorway, this morning Saturday January 2019.

The D-Style Singer was involved in the accident on his way from Tema to the studios of Happy FM in Accra for an interview. The accident occurred at about 7am  near the abattoir junction on the Accra bound section of the road. Some good Samaritans managed to rescue the musician and rushed him to the Tema General Hospital.

The musician, who managed to grant an interview with Graphic Online after he was admitted at the Accident and Emergency Centre, said he was crossed by a herd of cattle upon reaching the abattoir junction. He said he momentarily lost balance but managed to gain control of the vehicle.

He said but for the seat belt, he would have sustained severe injuries. K.K Fosu was temporarily discharged at about 10am after an examination by the doctor on duty and asked to go for an X-ray test.

See picture of KK Fosu on his hospital bed: 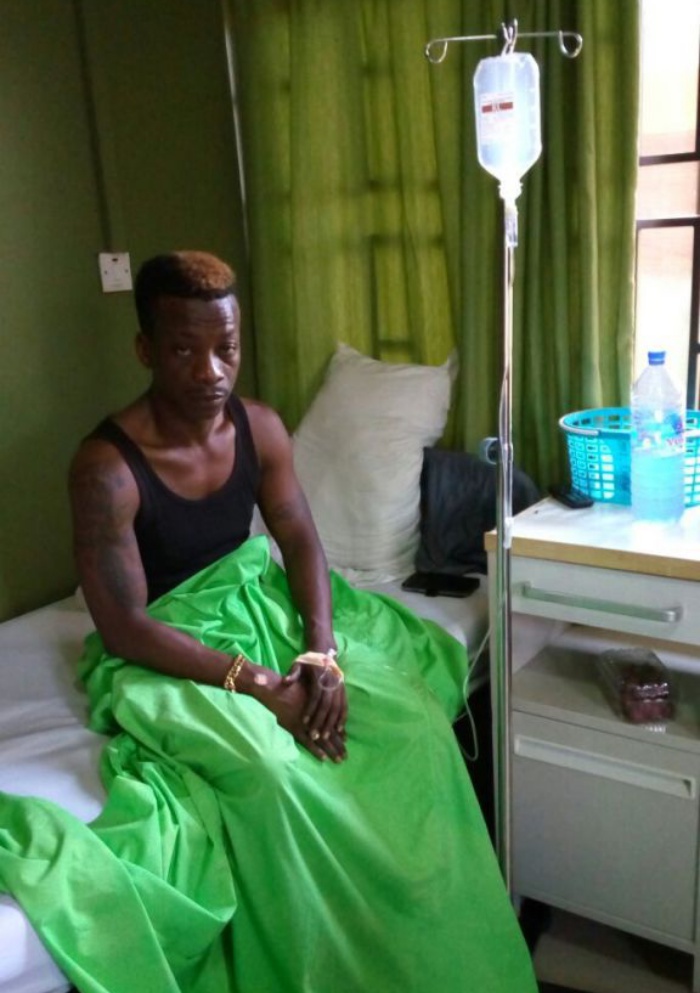 Previous BECCA DELETES ALL NAM1 & ZYLOFON PHOTOS FROM HER INSTAGRAM PAGE
Next COME BACK HOME! YOU DIDN’T DEFRAUD ANYONE – Bulldog Tells NAM1