“I DON’T HAVE TIME FOR MEN NOW”- Abena Akuaba 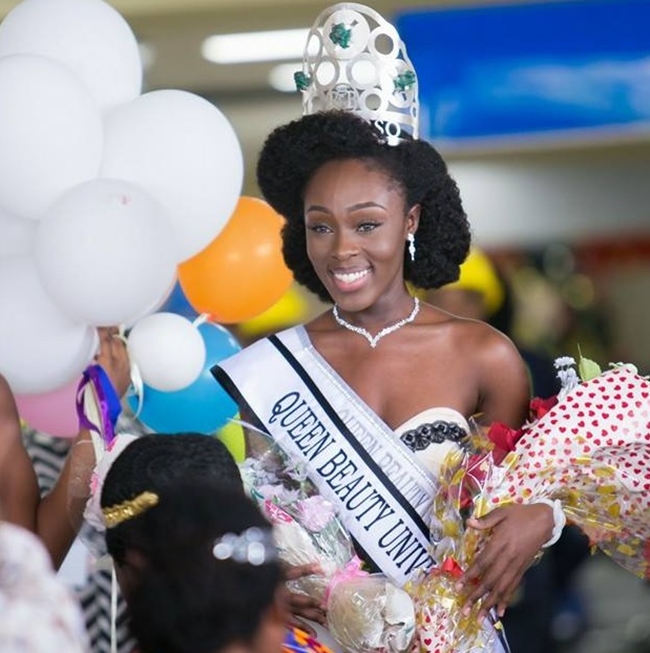 Every woman has a particular feature that she looks out for in choosing a man or the love of her life and for Ghanaian model Abena Akuaba Appiah, she prefers tall men.

“No disrespect to short men but I can’t imagine myself dating or getting married to a short man. I am 5”8 feet tall and I wouldn’t want a short man whom I would have to bend down to look at. A man taller than me will do for me” she told Showbiz in an interview recently.

Abena, a final year student of the State University of New York pursuing a degree in Mass Communication, said she would prefer a tall good-looking Christian man who is well established.

Her man must be very fit, have a flat tummy, good hair and nice finger nails. “My type of man is probably not in Ghana because currently I am crushing on Prince Harry of the United Kingdom and Entomologist Steven Kutcher who played the lead role in the Spider man movie” she said.

According to Abena, who competed in the Miss Ghana Beauty Pageant in 2014, she wonders why men are not able to approach her because she is the friendly type. She explained that she is aware of how difficult it is for men to approach and try to be friends with her.

“Not only guys but some female friends even find it difficult to come to me. I don’t know what I have that scares men away. Maybe my beauty is too much for them to contain but I always prefer a man who is bold and goes for what he wants,” she added.

Late last year, Abena won Miss Queen Beauty Universe held in Spain and according to her, winning such a prestigious award has been her greatest joy.

Touching on schooling, modelling and music, Abena who is also an actress, said it is not easy combining all these but a serious person like her can always make it possible.

“I am sure that is probably the reason I don’t have time for men now, because there is a lot I need to achieve. In the next five years. I should be able to at least achieve half of my goals,” she said.

Abena has participated in international modelling competitions such as, Top Model Ghana 2013 and Top Model of the World 2013 where she emerged among the top 15 out of 60 countries.

She also won Miss Universe Ghana 2014 and competed in the Donald Trump international pageant Miss Universe in 2014. Abena became a brand ambassador for Garner hair products in the United States.

She has modelled for most of the top designers from around the world including the crèmè de la crèmè from the United States, Andres Aquino from Spain, Sushma Patel from India, Catalan from France and late Kofi Ansah from Ghana.

Previous SARKODIE IS AFRAID TO COLLABORATE WITH ME – Quata
Next KUMI GUITAR GETS $100,000 DEAL, NEW CAR & NEW HOUSE FROM ZYLOFON MEDIA