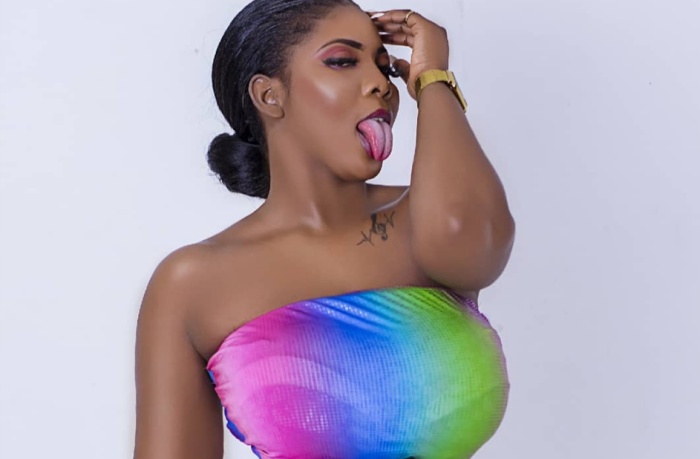 Black Avenue Music signee, Gloria Forson, popularly known as Ms Forson has disclosed that she likes to be beaten by her man sometimes.

She said she likes men with muscles that can easily scare predators.

“You’d cry (Wo Be Su) is my new single but the whole concept was about violence against women. It’s not good but for me, I like it because it makes me feel good. Some people like it that way, others don’t,” she said.

Ms Forson added that she was married to the father of her son and had to break off to focus on herself.

Asked if she likes her man to beat her once in a while, she confirmed by saying: “he has to beat me sometimes so we make up. When he beats me, he’ll pamper me. We all have our preferences” she noted.

Ms Forson was first introduced onto the music scene at the 2018 Vodafone Ghana Music Awards by Bullet when she was on the former’s Rufftown Records label.