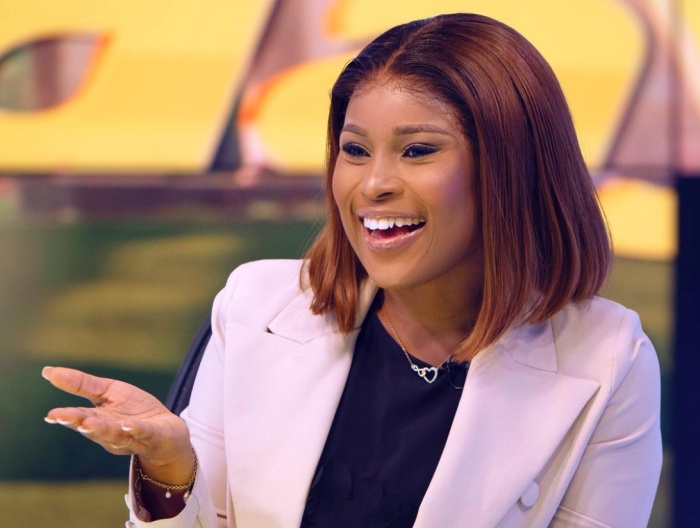 Television presenter, Berla Mundi has shook up the foundation of social media following her admission that she has finally found the man she wants to spend the rest of her life with.

The Media General employee and on-air personality is one of the most prominent spinsters in the business, but that may soon be history when she ecstatically announced to her fans on social media that she has finally found the man who fits her criteria.

Berla Mundi said that Shegzz is the man who turns her ovaries and is a supporter of the popular Big Brother Nigeria reality show.

The remark was made following the debut of Season 7 of the reality series Level Up on July 23 and 24, which saw the introduction of all the housemates and their entrance into the setting for upcoming weeks of drama.

Berla Mundi claims that Shegzz’s accent and bad boy persona have won her over, and she wouldn’t pass up the opportunity to “take” him for herself.

See what she posted that got the internet buzzing; 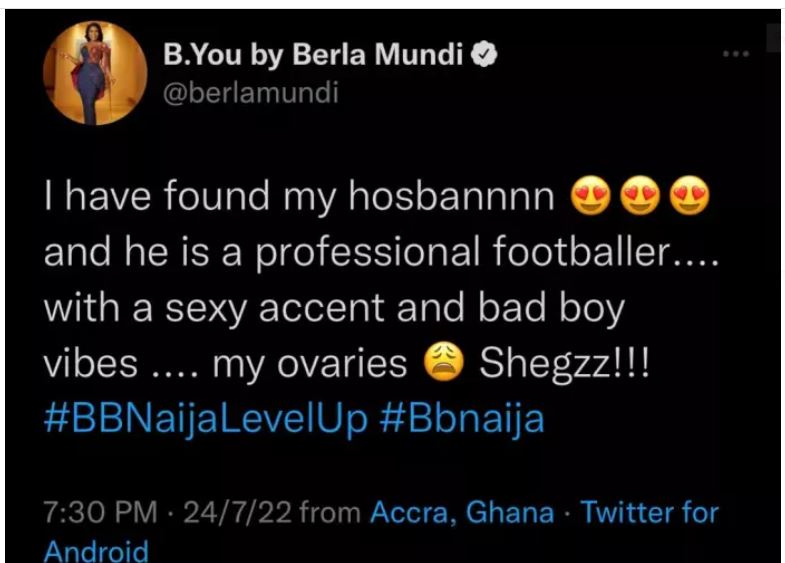