I LIKE THE SONG BECAUSE OF SHATTA WALE, NOT A FAILURE OR DRUG ADDICT’- Afia Schwarzenegger Hits Back Wendy Shay

Loudmouth Ghanaian socialite, former television presenter and comedienne, Afia Schwarzenegger has fired back at singer, Wendy Shay after she humiliated her in public over the weekend.

You recall that during Wendy Shay’s performance at the just ended Ghana Music Awards UK launch at La Palm, Accra, Afia Schwarzenegger, who rubbished her talent after she was unveiled by Rufftown Records CEO, Bullet following the death of Ebony Reigns jumped on the dance floor and danced to her performance.

She posted a video of Afia Schwarzenegger dancing while she was performing and used the hashtags “work hard until your critics become your dancers” as the caption for the video, shading the comedienne who once told her she won’t make it.

Definitely, Afia Schwarzenegger was not going to let this slide as she has reacted to Wendy’ comment in a post on social media.

According to Afia Schwar, she only jammed to the song because of Shatta Wale’s verse on it and also tagged Wendy Shay as a drug addict and a failure. 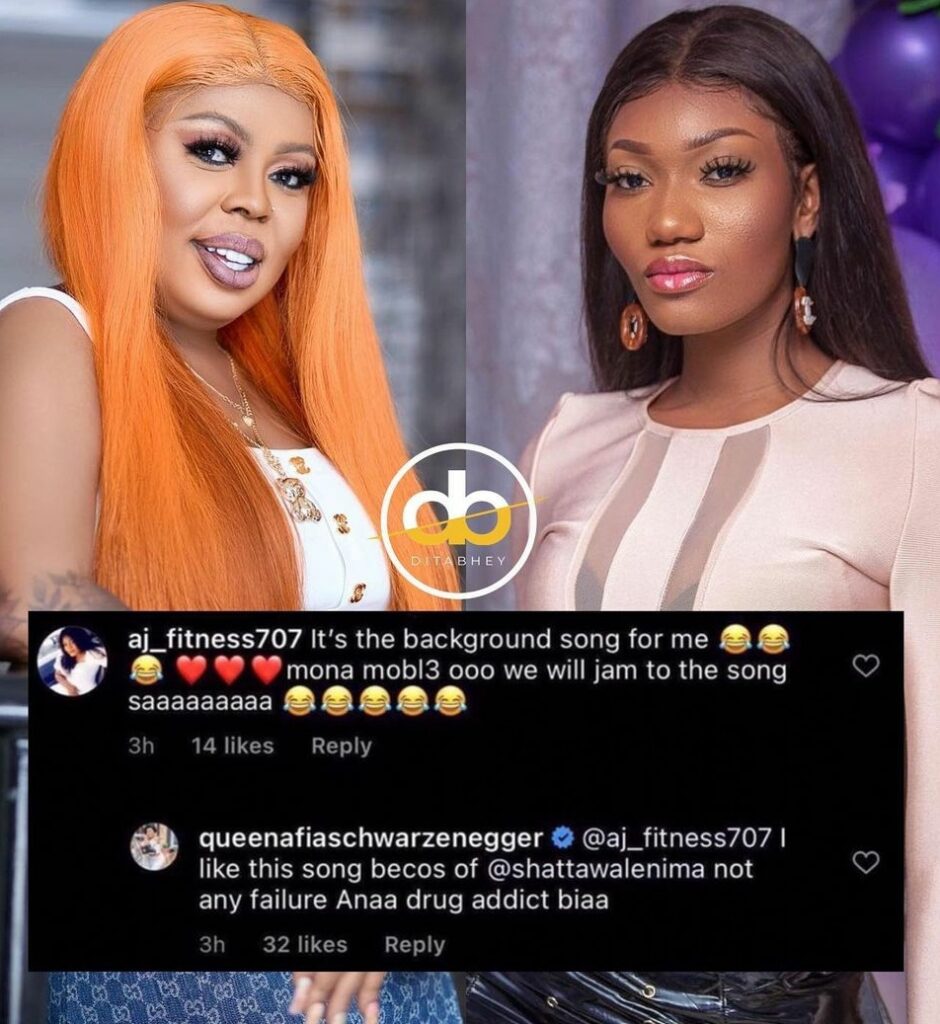