I WOULD NEVER LEAVE A MARRIAGE BECAUSE OF INFIDELITY – Patience Ozokwo 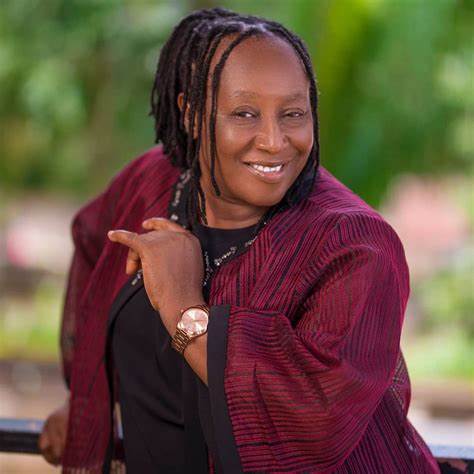 Nollywood actress Patience Ozokwor, well known as Mama G, has given an explanation of why she would never suggest that someone end their marriage as a result of adultery.

Patience Ozokwor, well known as Mama G, has given an explanation of why she would never suggest that someone end their marriage due to adultery.

This claim was made by the seasoned actress on the well-liked cookery program “Mercy’s Menu,” which was hosted by Mercy Johnson Okojie, a colleague.

Mama G claimed that she would forbid anyone from divorcing their spouse for a “Visitor”.

“Would you advise anyone to leave if there’s infidelity?” Mercy asked.

“Me, I’m not going to leave my house for anybody, you are the visitor that came in. Find your way out”, Mama G replied.

“I will so hold my family, so polish it, and sweep out all the debts, and then had a peaceful home again.”

Mercy further asked; “even when the infidelity is constant?”

“If infidelity is constant, it is the one that is an infidel that should go out. I’m not leaving my house for anybody,” Mama G replied again.

The film star also spoke on why she wouldn’t advise divorce in marriages but separation instead, adding that God is not against separation but he despises divorce.

“God is not against separation. What God doesn’t want is divorce. God is not saying we should not divorce because sometimes he does not know that we have violated – No,” she said.

“Coming from a Christian background, we are not allowed to divorce.

“If you pray and the man turns around to become something else, escape for dear life because it is only those who are alive that can tell the story. When you are dead, nobody can tell your story for you.

“For me, marriage is forever till death do us part. That is the way I brought up my children. What we have today baffles me.

“I feel for the children that they’re giving birth to because I don’t know how they would learn something better from their parents.”