Ghanaian actress and repented slay queen, Moesha Boduong has disclosed where allegiance is in a latest post.

Sighted on her Snapchat account, Moesha Boduong who trended on social media about six months ago following a video of her trying to commit suicide as she stood on top of an uncompleted building but was timely intercepted by some residents in the area revealed that she is now dating Jesus.

Moesha Boduong has dropped her slay queen lifestyle to start a new life the godly way, that which pleases God and assures her a place in heaven.

Moesha Boduong intimated that she is loves God and the reason is because God never forsook or let her down when she was in her lowest point in her life.

The Instagram celebrity who is known for showing off her heavy bum on social media and curves in very revealing outfits has indeed turned a new leaf. 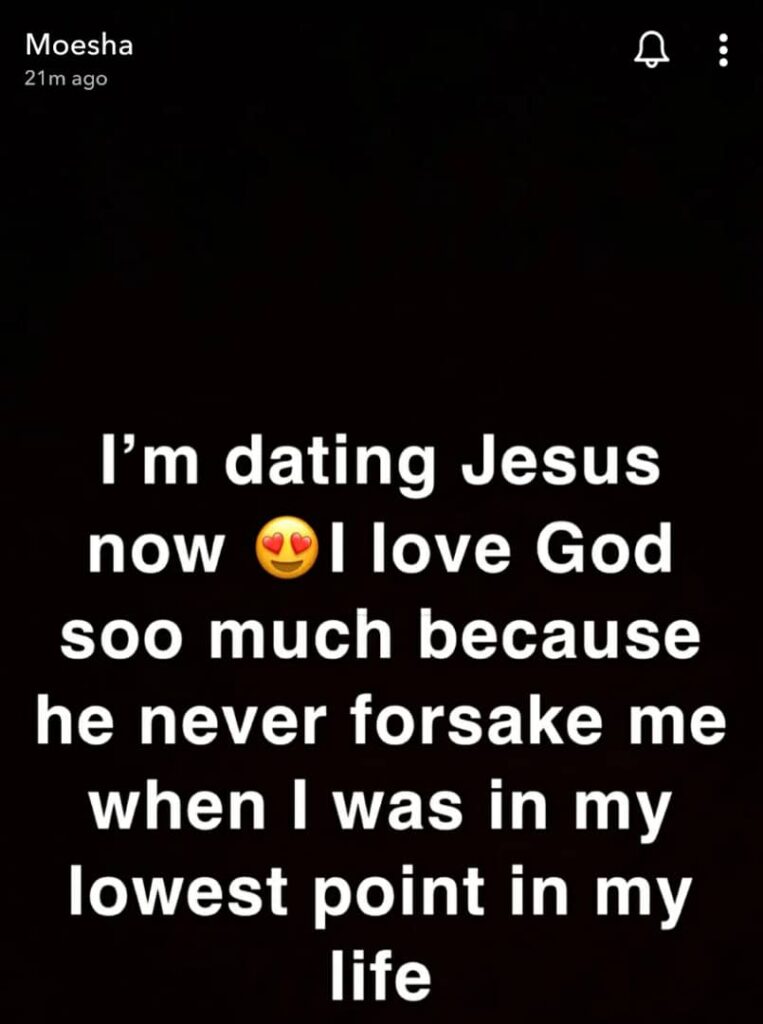