After the Black Stars of Ghana lost their final group stage match to Comoros, Partey didn’t return to Ghana with the team but flew straight to London to join the ‘gunners’ as they prepared for a clash with Liverpool on Thursday night in the second semi-final leg of the EFL Cup.

A couple of hours after the game, several football lovers criticized him for running to London right after Ghana exited the AFCON 2022 and also putting up an abysmal performance including getting a red card in the Arsenal game.

Partey mentioned in his post that he wasn’t very happy with how things turned out in the AFCON for Ghana; and continued by saying he could have been more careful in the Arsenal game considering being booked already.

Well, let’s just make all these slide and give Partey another chance to prove himself for country and club and we know he’ll deliver, especially now that we’re preparing for the FIFA World Cup. 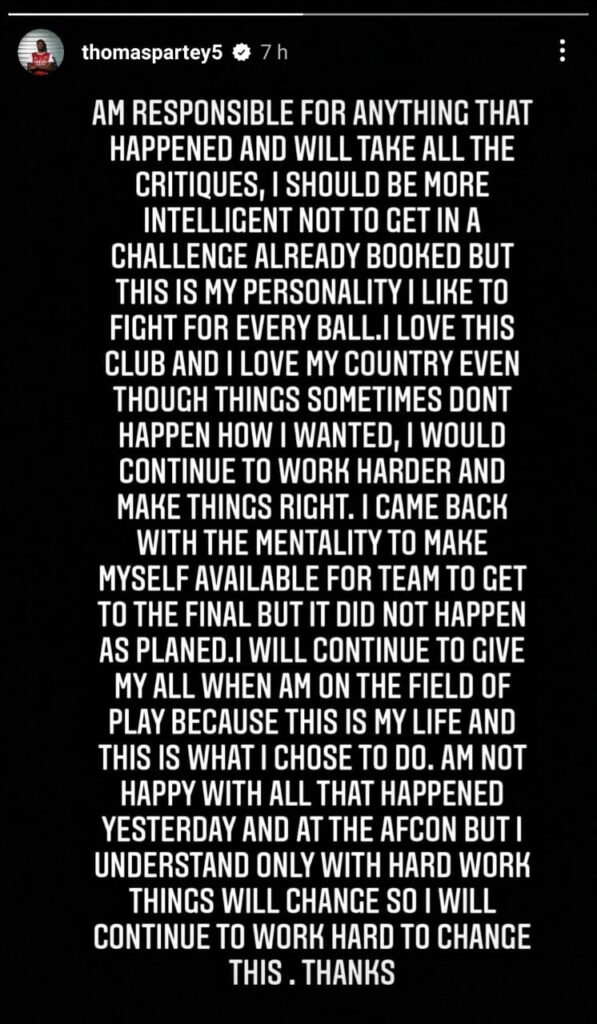