Share
After 20 years f bearing grudges with his father, Ghanaian actor, producer and director, Eddie Nartey has finally reunited with his father following the settlement of their differences.

Eddie Nartey, who is still celebrating his birthday, added another joy to his heart by smoking the peace pipe with his father after 20 years and over, and he is now very happy in his heart that they are back together.

Eddie Nartey did not say what caused the feud between him and his father, but for them to be at odds or fight each other for over 20 years could be a sign of something serious, and they have now reconciled as father and son.

Eddie Nartey is getting on in years, but it’s never too late to form a father-son bond with his father now. 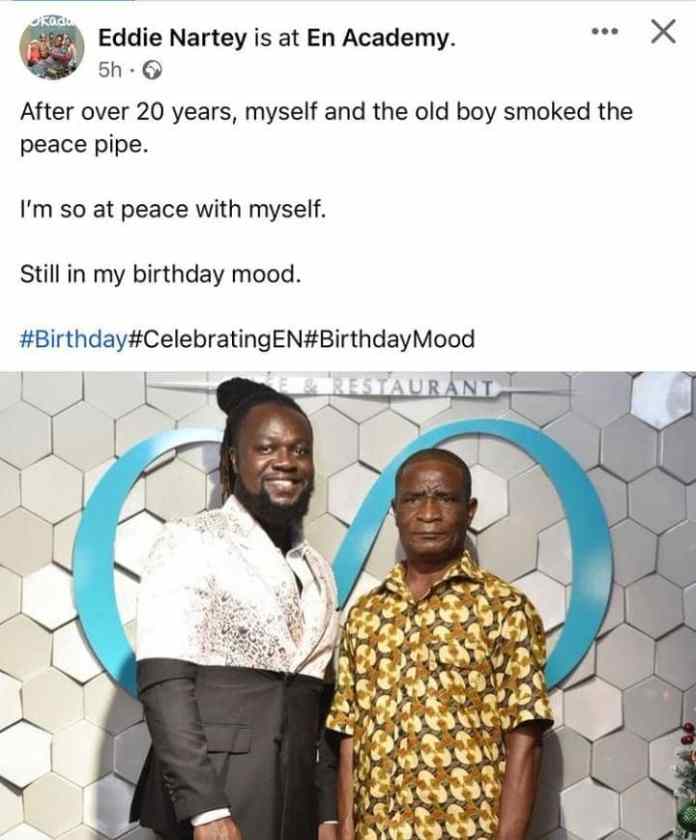 Previous THEY WANT A SHARE OF MY GREATNESS’ – Kuami Eugene Responds To Song Theft Saga
Next NO ONE WITHOUT VACCINATION CARD WILL BE ALLOWED ENTRY AT ANY DECEMBER EVENT – Deputy Minister, Mark Okraku Mantey