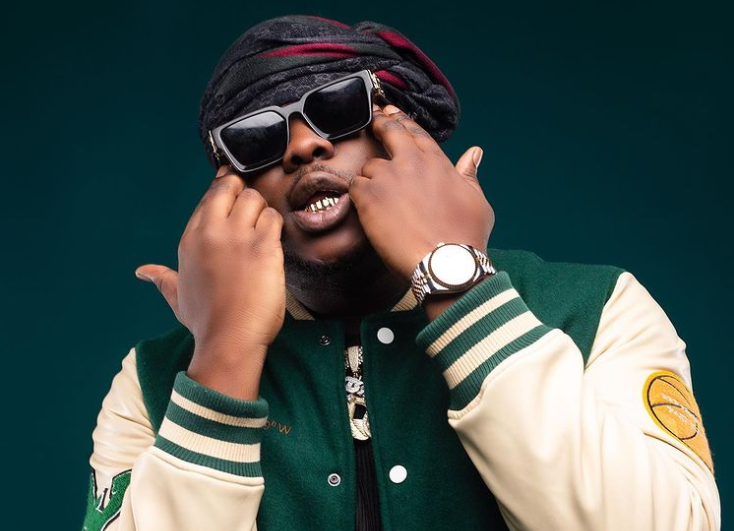 In his series of texts, he implied that he much values strippers and would even choose to become one in his next life.

Medikal who won the Hiplife/Hip-hop artiste award at the 22nd edition of the VGMA for the third consecutive year, making history, claims that Africans have twisted attitudes on strippers.

If anyone witnesses him tossing money at them while he is at the club, he explained that he is only helping the establishment out.

Medikal said that being a stripper is more respectable than what so-called ministers of God do when they deceive the populace by misrepresenting the Bible. 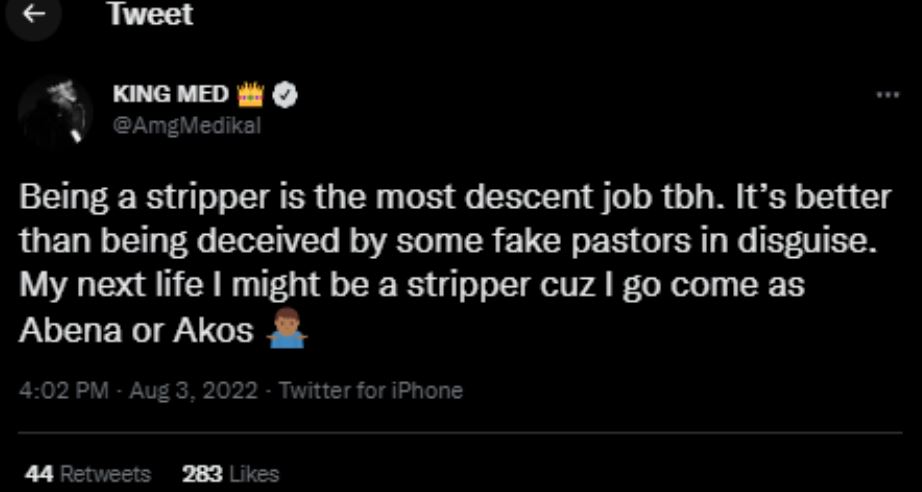