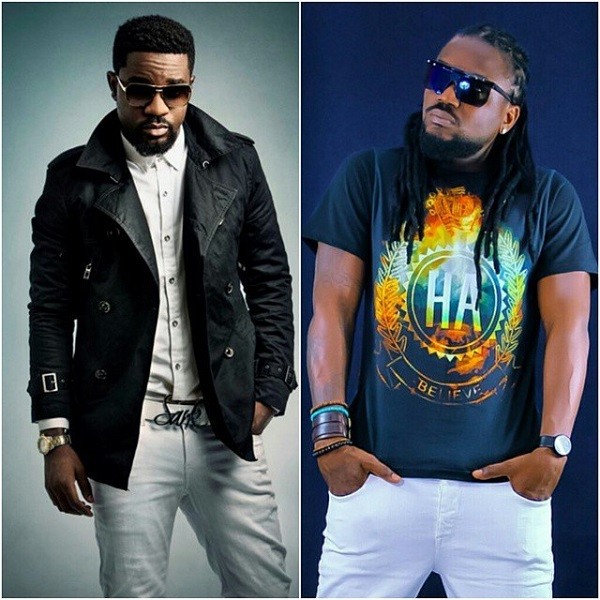 Samini has given his frank assessment of rapper Sarkodie’s performance on the cover of the timeless love song “Stir It Up” by Bob Marley.

The singer claims that the original song, which Bob Marley penned, recorded, and dedicated to his cherished wife Rita Marley in 1967, is unsurpassed.

Samini, a well-known reggae and dancehall performer from Ghana who is thought to be one of the greatest in the business, thinks that Sarkodie could have worked more on the project.

However, he didn’t waste any time in praising the rapper for the way he delivered his line on “Stir It Up.”

Samini’s statement was in response to a tweeter who requested his unvarnished opinion about Sarkodie’s most recent foreign partnership.

“It’s a nice jam…I’m not too amazed tho cus it’s a song I love from time. I think he did his thing on the rap still. I mean it’s sark. You’d expect him to kill his verses at least. In my opinion he did. I still love the original track though. Nothing beats that,” read Samini’s tweet.

Meanwhile, talent manager, Ayisha Modi has explained why a Dancehall musician should have been contracted for the collaboration instead of Sarkodie whom she states failed to do a good job.

“They have to redo that remix because it is not the best.

“The name Bob Marley and the song made for him doesn’t sit well with me. There are certain things which are not your field, don’t force it. This belongs to Shatta Wale, Stonebwoy, or Jupitar, it is their field. To me, that remix should be remade,” Ayisha disclosed in an interview on Kofi TV. 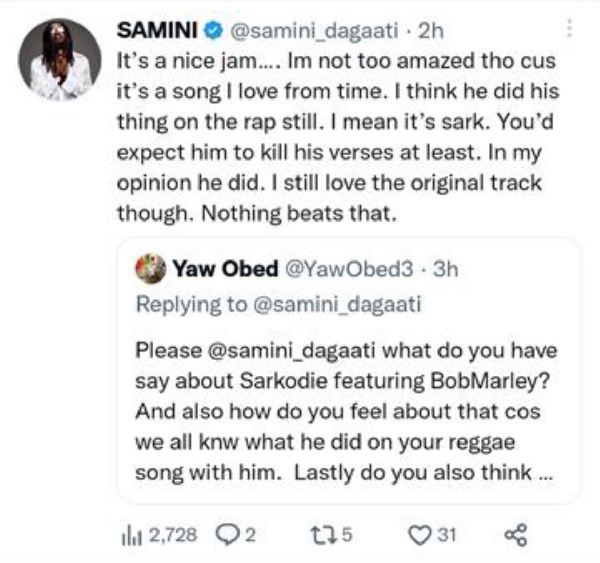