IT’S NOT ABOUT PLUSH OFFICES, INVEST IN BULLION VANS AND SECURITY – Nana Aba Anamoah To Banks In Ghana

Astute Ghanaian Broadcast Journalist and media personality, Nana Aba Anamoah has admonished Ghanaian bank owners to as a matter of importance invest in the security of their bullion vans and safety of their staff.

Her statement comes after a bullion van was attacked by some unidentified gunmen who shot a policeman to death and made away with huge sums of money yesterday, in Korle Bu

The driver of the bullion van reportedly sustained severe injuries and a lady who was allegedly an eyewitness was also shot to death by the armed robbers.

In a series of tweets, Nana Aba Anamoah urged bank owners to put priority on the safety and the security of people who work for them and not only invest a bunch of their money into setting up very sophisticated and luxurious head offices. 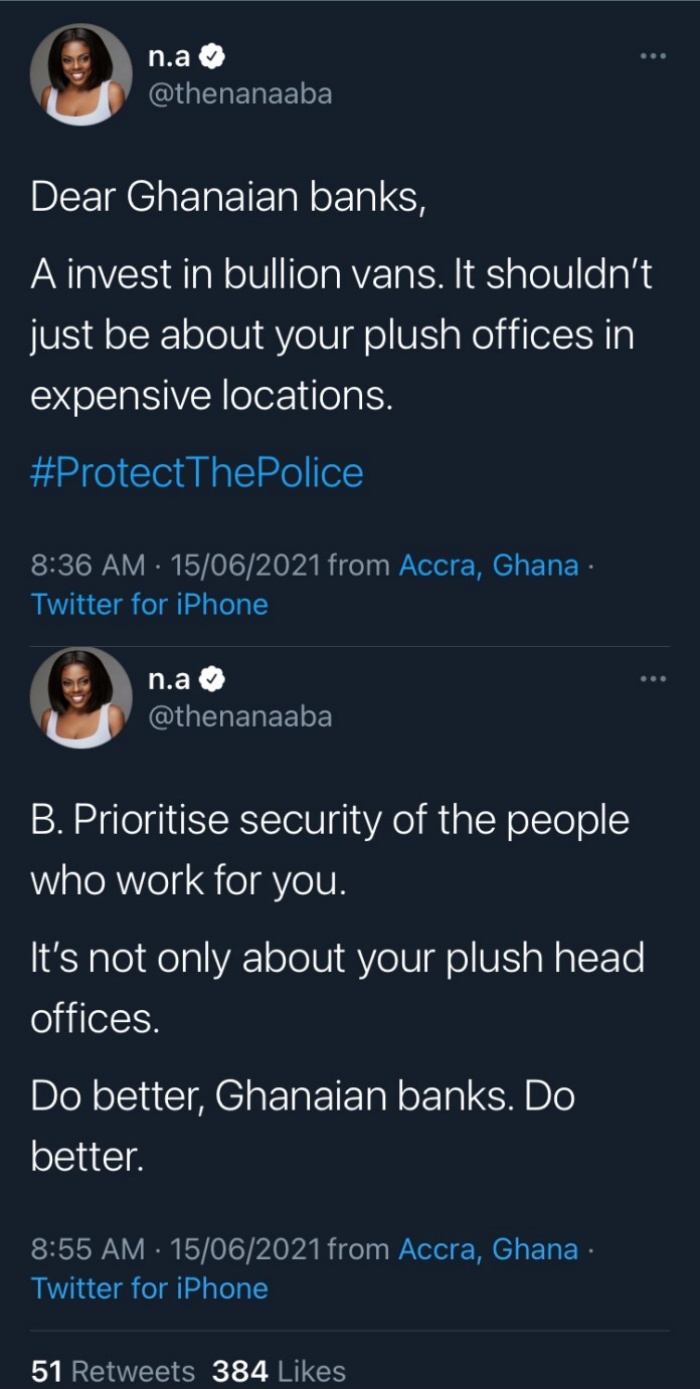