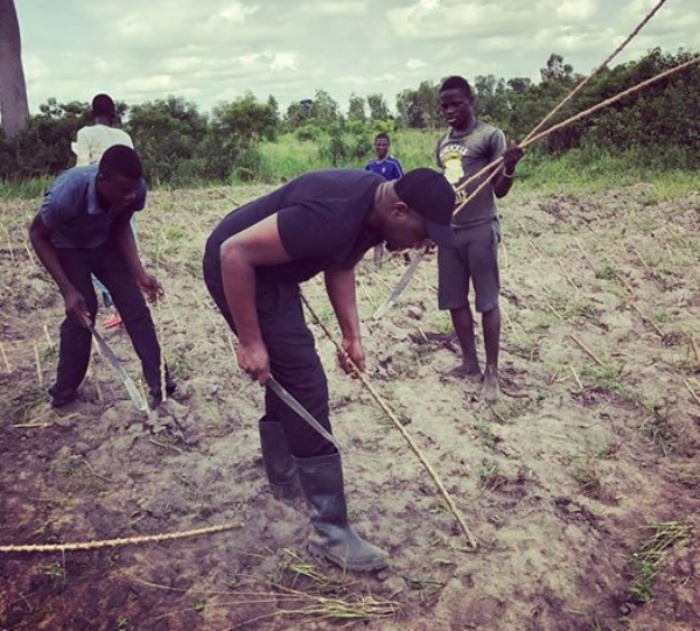 The actor, arguably Ghana’s most prolific in recent times, was spotted on a cassava farm in a a viral picture on social media.

John Dumelo, for a while now, has taken to farming and he is not ashamed to show it off as many will see farming as a dirty job.

According to media reports, the philanthropist had earlier organised youth to help him on his farm at an area in the Manya Krobo community.

He revealed that he had start planting cassava on 3 acres of farmland, but will be expanding “to 10 acres soon”.

He shared the photos on social media with the caption, “Organized the youth this morning in the Manya Krobo community to get into agriculture. We have started with 3 acres of Cassava and hopefully will increase it to 10 by the end of the year.”

Earlier, the young actor and John Mahama-aficionado had started rearing goats after his preferred party to rule Ghana failed miserably.

John Mahama and the National Democratic Congress, who Dumelo consistently campaigned for during the buildup to the 2016 Elections lost to Nana Addo and the New Patriotic Party.

Previous #mothersday2017: CELEBS & THEIR MOTHERS
Next DEBORAH VANESSA AND MEDIKAL TIE THE KNOT?