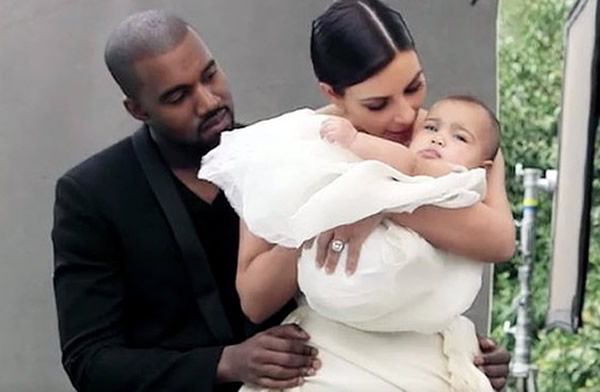 The 35-year-old reality star gave birth to a baby boy on today Saturday December 5, 2015. Announcing the exciting news on Kim’s official website wrote “Kim Kardashian West and Kanye West welcomed the arrival of their son this morning. Mother and son are doing well”, the announcement read. 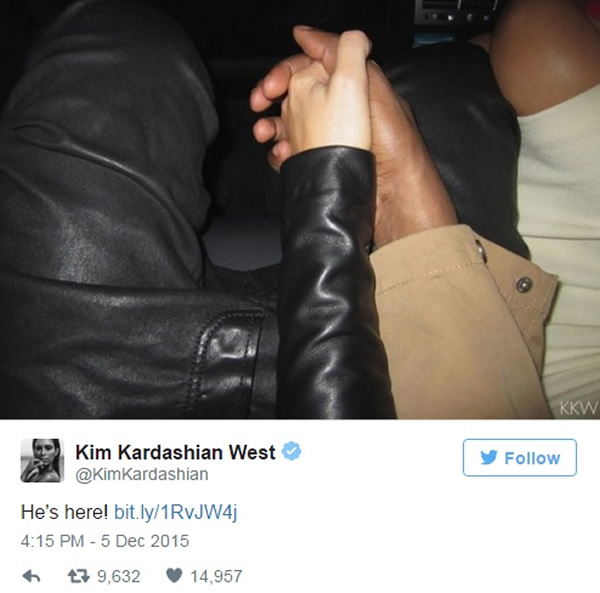 Kim and Kanye’s newest addition to their family joins his big sister, 2-year-old North West. Earlier this month, Kim moved up her due date which was originally on Christmas Day due to health concerns, specifically, gestational diabetes, Us Weekly reported. Kim also gave birth to North early in 2013 the couple’s first child arrived six weeks before her due date.