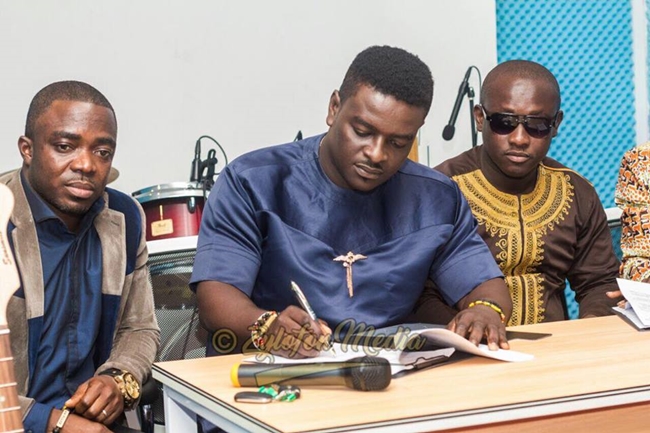 Ghana’s new stakeholder in the entertainment industry and the organizer of the Ghana Movie Awards 2016, ZYLOFON MEDIA has signed on Nana Yaw Kumi known in showbiz as Kumi Guitar who has surfed the waves of frustration in the industry and now has got to the rise in his tide.

The “Break Into Two” Hitmaker has worked with some of Ghana’s top players; APPIETUS, KIN DEE and many others. Kumi Guitar, highlife artiste who has once worked under SUGAR TONE production and Mark Okraku Mantey could not help but express his delight for this advancement in his career after signing a five-year contract with ZYLOFON MEDIA on Friday.

“Who wouldn’t be? He has in his possession a Hyundai Sonata 2016 model, 2017 registered in his name as stipulated in the contract and also The deal sees him earn a sign-on fee of $100,000 and a 3/4 bedroom house! Many of you might be wondering if he is worth all this… Well he is a prolific song writer and a good vocalist – “Obra”, “Emaa”, “Break into Two”, nomination at the Ghana Music Awards 2014(New Artist Of The Year) defines his expertise. 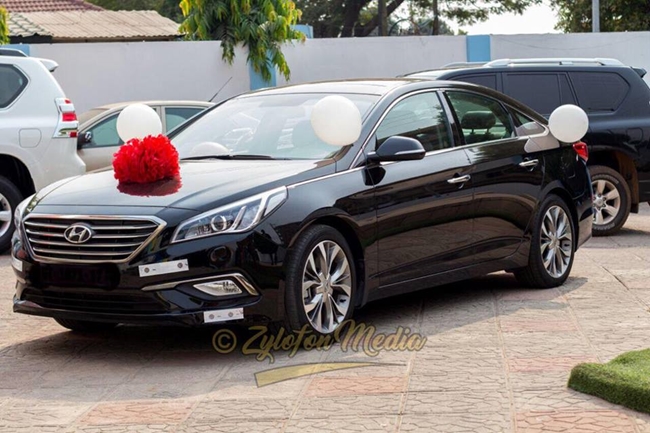 He has also in his name features with Guru and Flowking Stone. This brief but memorable occasion took place at the ZYLOFON MEDIA headquarters, East legon which saw popular radio personality Sammy Baah Flex in attendance. Also present to ensure a successful signing was the head of Operations at ZYLOFON MEDIA, Enoch Atakorah, who further added his excitement about the signing and stated his absolute love for the talented songwriter and had words of encouragement for the artist.

“Kumi, we all know how talented he is, we are looking to invest unlimited funds into his career to boost his confidence.We all know his story, no need to stress on that, they’re all in the past. Its a new beginning now and the way forward is with Zylofon Media. We’ll do our best to make sure He’s on the top.

We have all the facilities, etc to ensure smooth operations and absolute concentration on his part. He’s a very enthusiastic talent no doubt so we’re very happy to have done this. We are all excited this day”.– Enoch Atakorah Added

Zylofon Media is committed to professionally produce impeccable creative arts works that would be domestically edible and to transcends borders, as we firmly believe that, quality edible art works can be produced without lowering societal moral standards in a quest for commercial appeal.

Zylofon Media plans to produce indigenous artists and art works that would fit universal standards. These would cover a broad spectrum of the Creative Arts industry, in music; it would span from Hi & Hip life, Jazz, Contemporary Christian music, dancehall, Reggae, Rock and so on, whereas the movie productions would mirror every aspect of global socio-cultural, economic and political phases, worthy of their lenses to be subject to the company’s editorial policy in a bid to inform, educate and entertain.

The company already has established ties with various artists in the industry, and plans to search for new artists to market and produce.

Zylofon Media seek to capitalize on the growing entertainment market across the world through the production and promotion of global high quality entertainment.