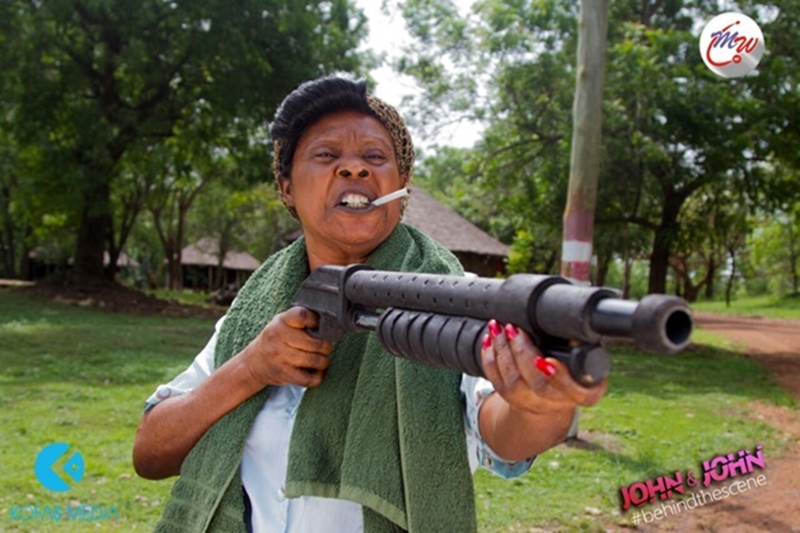 Veteran screen goddess Grace Omaboe popularly known as Maame Dokono has suffered a heart attack on the set of an upcoming movie.

According Nkonkonsa.com sources, Maame Dokono who is playing female gangster role in a new movie titled “John & John” from the staples of Kofas Media, was supposed to smoke some sticks of cigarette as part of her role but the “Obra” actress’ ageing heart couldn’t take it anymore after a few puffs.

Maame Dokono reportedly collapsed on set while shooting causing panic among the cast and crew. Maame Dokono has since been hospitalized at a private health facility in Accra currently receiving medical attention.

When Nkonkonsa.com contacted Mr. Kofi Asamoah CEO of Kofas Media, he was skeptical about commenting on the issue but he eventually confirmed that indeed the unfortunate incident happened. “It was just a minor attack but everything is under control now. That is all I can say”

The new movie “John & John” which according to Kofas Media CEO-Kofi Asamoah is budgeted at an estimated  $150,000 will be premiered on Easter Saturday, April 15, 2017 at Silverbird cinemas.

Previous ALL MY EX-BOYFRIENDS WANT ME BACK – Tracey Boakye
Next Video&photos: SWANKYJERRY STYLES BECCA IN “ME NI WAA” VIDEO