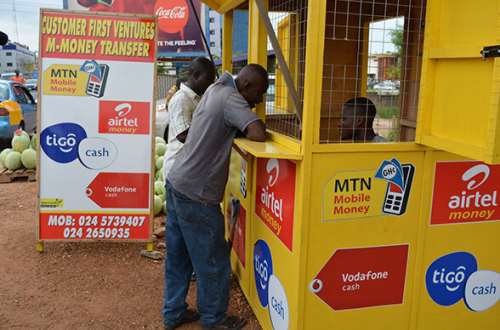 The Minister for Finance, Hon. Ken Ofori-Atta has announced a new levy to be charged by the government in 2022 on all electronic transactions to widen the tax net and rope in the informal sector.

“It is becoming clear there exists enormous potential to increase tax revenues by bringing into the tax bracket, transactions that could be best defined as being undertaken in the ‘informal economy’,”

Mr Ofori-Atta observed on Wednesday, November 17 as he presented the 2022 budget statement in Parliament.
“After considerable deliberations, government has decided to place a levy on all electronic transactions to widen the tax net and rope in the informal sector. This shall be known as the ‘Electronic Transaction Levy or E-Levy’.”
He explained that the new E-levy will be a 1.75 per cent charge on all electronic transactions covering mobile money payments, bank transfers, merchant payments and inward remittances to be borne by the sender except inward remittances, which will be borne by the recipient. This will, however, not affect transactions that add up to GH¢100 pr less per day.

“A portion of the proceeds from the E-Levy will be used to support entrepreneurship, youth employment, cyber security, digital and road infrastructure among others.”

This new levy is scheduled to start Saturday, January 1, 2022.
In 2020, total value of transactions was estimated to be over GH¢500 million with mobile money subscribers and users growing by 16 percent in 2019.