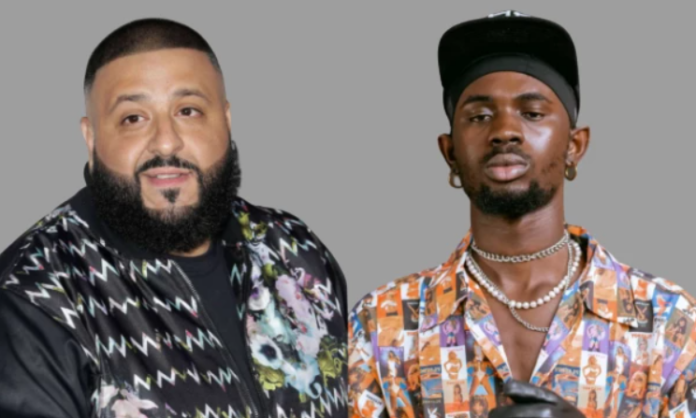 According to Black Sherif in the Kwaku The Traveller (KTT) song, nothing can dim his brilliance as his professional career continues to shine.

He recently received one of the biggest platforms possible thanks to DJ Khaled, a well-known American DJ, record executive, author, and producer. His full name is Khaled Mohammed Khaled.

Khaled posted a video of the young Ghanaian rapper working hard during a freestyle session and spitting the tune’s lyrics.

Khaled shared the video with his over 29 million subscribers online after being moved by Sherif’s enthusiasm and the profundity of the song.

Khaled first earned notoriety as a radio host in the 1990s on the radio station 99 Jamz, and he later turned his fame into money by serving as a DJ for Terror Squad’s live concerts.