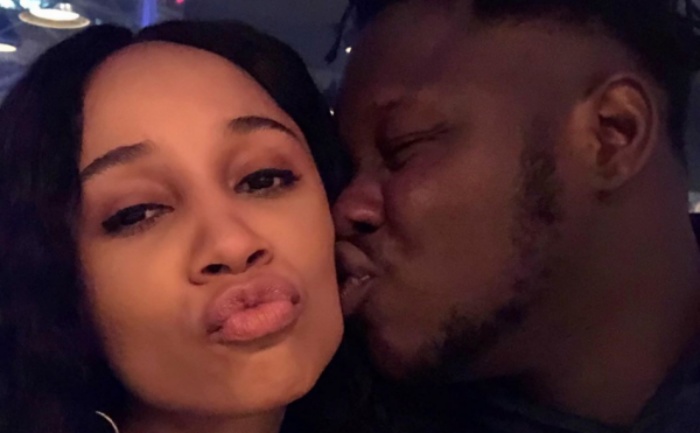 Rapper Medikal celebrated his birthday yesterday April 5, 2020 and ex-girlfriend Deborah Vanessa decided wish him happy birthday on social media.
The 35-year-old shared a selfie photo of Medikal planting a deep kiss on her cheek with a message saying that “happy birthday to my sweet ex” and added a candy emoji to her caption.

The pair’s breakup remains one of the most talked-about celebrities’ breakup following how the “Omo Ada” rapper quickly moved on with actress Fella Makafui, which sparked a rivalry between Sister Derby and Fella Makafui who got married to the rapper barely a week ago after a year of dating.