“NADIA BUARI IS A BORING CELEBRITY” 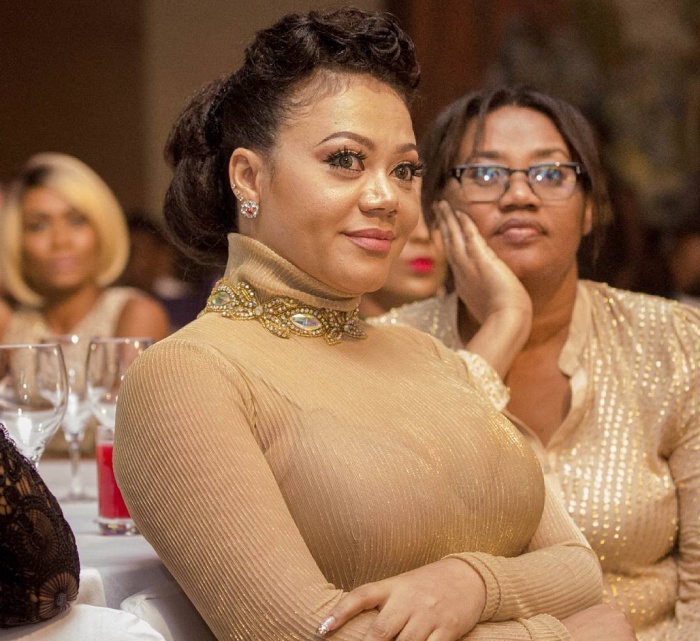 Entertainment Journalist, Eugene Osafo-Nkansah of Peacefmonline.com has named Ghanaian actress Nadia Buari as one of the boring celebrities we have in the country.

Speaking on Angel TV Wednesday evening, Eugene disclosed that the actress’ constant silence on vital issues about her does not help the showbiz industry.

According to him on The Purple Room show, Nadia Buari does not react to allegations concerning her brand and that makes his job as a journalist challenging.

Even though Mr. Osafo-Nkansah believes keeping quiet over some controversial issues is the best, he also thinks the actress should at times let her fans know the truth in rumours they hear.

Giving series of issues the “Beyonce” actress should have spoken for the public to know the truth in them, Eugene Osafo-Nkansah named the case of her rumoured relationship with Jim Iyke and her alleged “pono” video which went viral many years ago.

He further said the silence of public figures on certain issues gives room for the public to make wrong conclusion which affects their brands negatively.

The Wednesday, October 18 edition of Purple Room show on Angel TV was for bloggers to talk about how they go about their duties. Panelists on the show hosted by Nana Akua included Zionfelix, Eugene Osafo-Nkansah, Dan Lartey and Xerda.