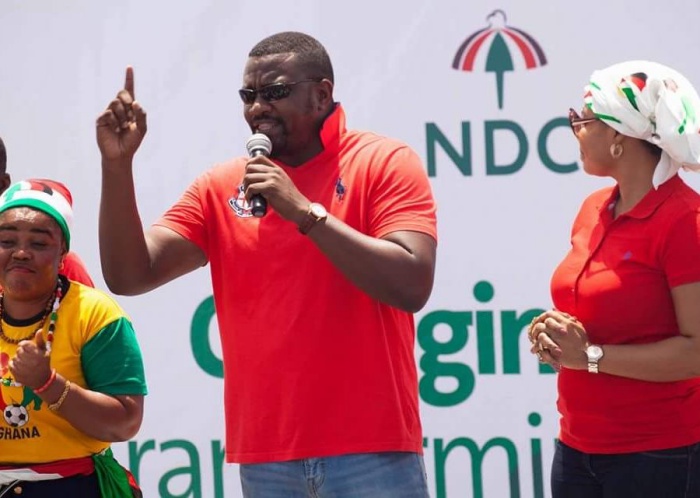 The opposition National Democratic Congress (NDC) is not going to give any chance to celebrity,  to run its campaigns in 2020 as it happened in 2016.

Mr. Dumelo was one of the right hand men of ex-president John Mahama in 2016 from the entertainment industry. He was seen on nearly every campaign platform with the former President.

And after the former President was ousted, he (Dumelo) was hit with an alleged car stealing scandal. He was alleged to have stolen a V8 Toyota Landcruiser belonging to the state apparently during the transition period.

However, as 2020 approaches and apparently after learning from its 2016 mistakes, the largest opposition party NDC is scheming to brush aside celebrities and use ‘serious’ minded party members who ostensibly understand the dynamics of Ghanaian elections for its campaign.

Former Deputy General Secretary of the NDC, Koku Anyidoho threw the hint over the weekend during the party’s National Cadres Conference held in Koforidua under the theme: “Re-Tracing the spirit of probity and accountability – the role of cadres.”

According to him, the NDC has enjoyed movies and music from the likes of Mzbel, John Dumelo, Mzbel, Tracey Boakye, Mr. Beautiful, Abeiku Santana and other celebrities but will not use them for campaigns again because they seem ‘clueless’ about the party’s history and philosophy.

Speaking to journalists on the sidelines of the conference, he noted that “for celebrities, yes, we enjoy their music and movies but never again should we hand over NDC’s campaign to celebrities.”

On the 2016 campaign message, he wondered “what message did we use to campaign, was it a strong message?”

He asked “which people led the campaign in 2016, are we going to use the same tactics while we have cadres, party executives, national executives, yet the campaign was run by people who had no understanding of the party’s philosophy and history?”

He urged that “if they want to be part of the party, they should go and join the branches.”

He stated clearly that cadres, party executives at the regional and national levels would be in charge of campaigns.