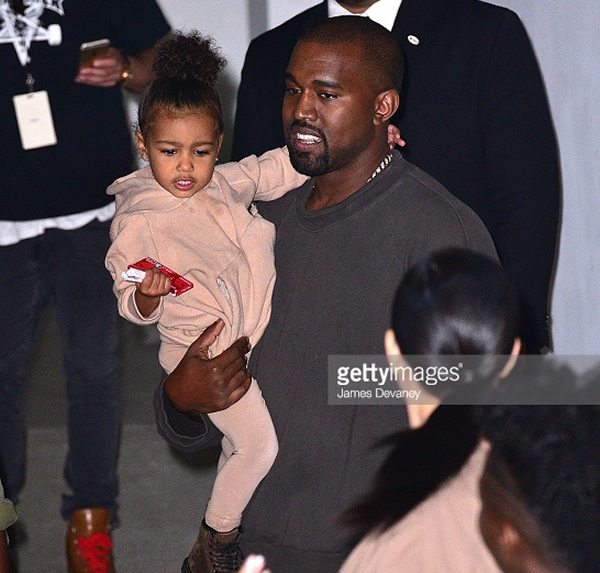 North West obviously had a lot of pretty things to look at and a lot of people to carry her around aside her father Kanye West who was busy showcasing his fashion line and her mother Kim at the finale of Yeezy Season 2 in New York.

North West dressed to match with her mother Kim was seen with her daddy at some point and posed with her aunties Khloe, Kendall, Kourtney, among others.

Adorable North West took the spotlight has all the stars carried her posed with her for the paparazzi…and the cutie surely knows how to smile for the cameras.

Previous VICKY ZUGAH’S BOYFRIEND DUMPS HER FOR ANOTHER ACTRESS?
Next BEYONCE SHOWS OFF HER TONED CURVES