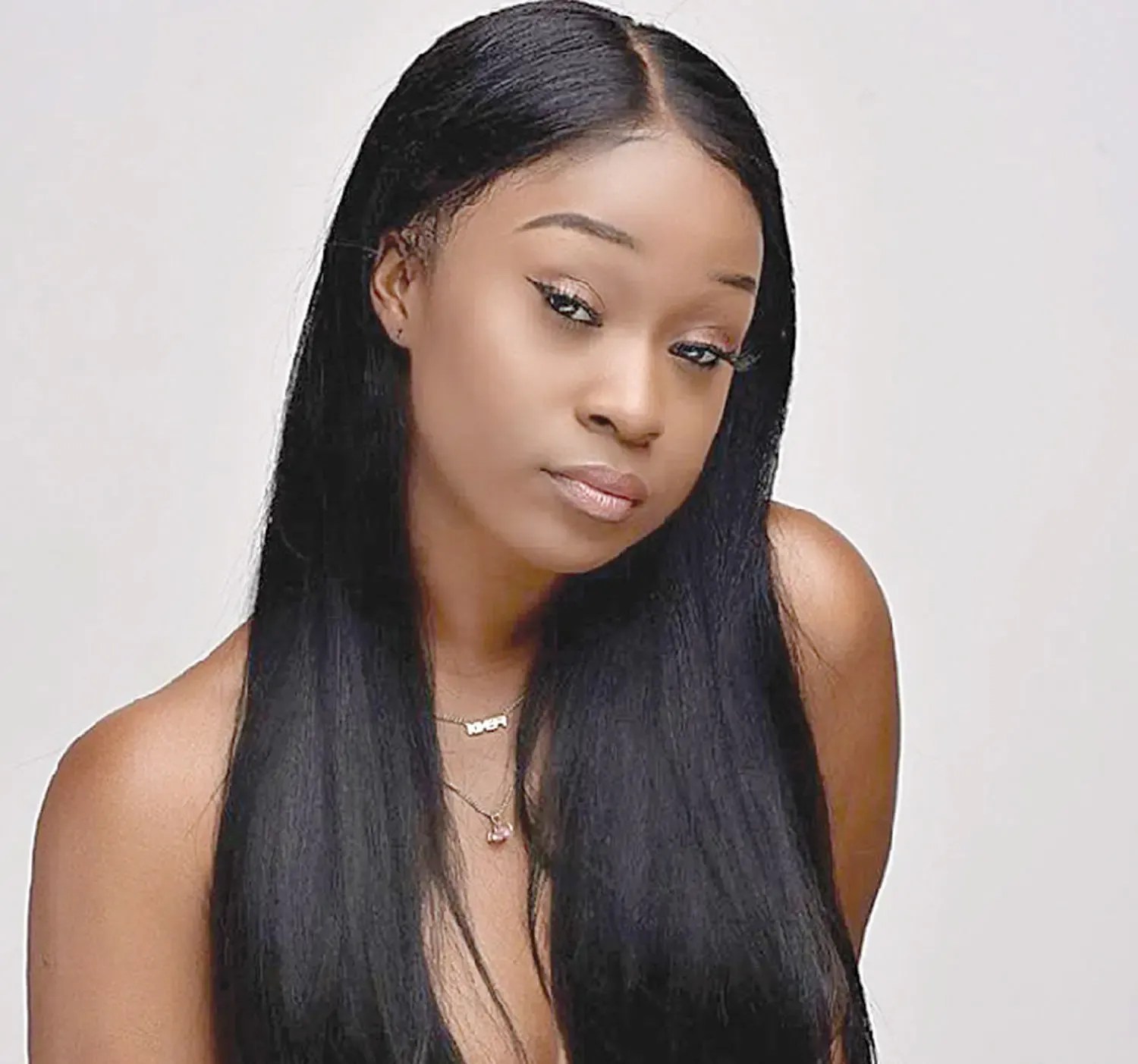 Contentious socialite, actress and television presenter, Andrea Owusu, also known as Efia Odo, is a Ghanaian actress and model who seems to have fled the nation due to economic troubles.

It’s been made clear by Efia Odo, a former leader of the #Fix the Country Movement, that she has no intention of returning to Ghana anytime soon.

On Thursday, July 21, while interacting with her Twitter followers, the video vixen said that she had no plans to return to Ghana.

A fan had inquired, “When will you be returning to Ghana?”

“Nothing in gh for me to come back to,” she said. 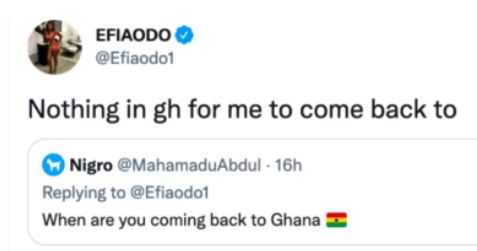