Samuel Koku Anyidoho, the former Deputy General Secretary of the National Democratic Congress (NDC), has been sacked by the party.

According to a report by Adomonline, Koku Anyidoho’s dismissal was announced in a release issued Tuesday, July 27, after a Disciplinary Committee found him guilty of misconduct and anti-party behaviour.

Mr Anyidoho was kicked out in compliance with Article 48 (1) of the party’s constitution and recommendations by the Disciplinary Committee after his initial suspension on February 9.

His membership has been revoked following a petition by the Oti and Bono Regional Communication Officers, Mobarak Abdul-Karim and Eric Adjei respectively.

The NDC registered members filed an official complaint against Mr Anyidoho for some actions they say breached the Party’s Disciplinary code enshrined in its constitution. 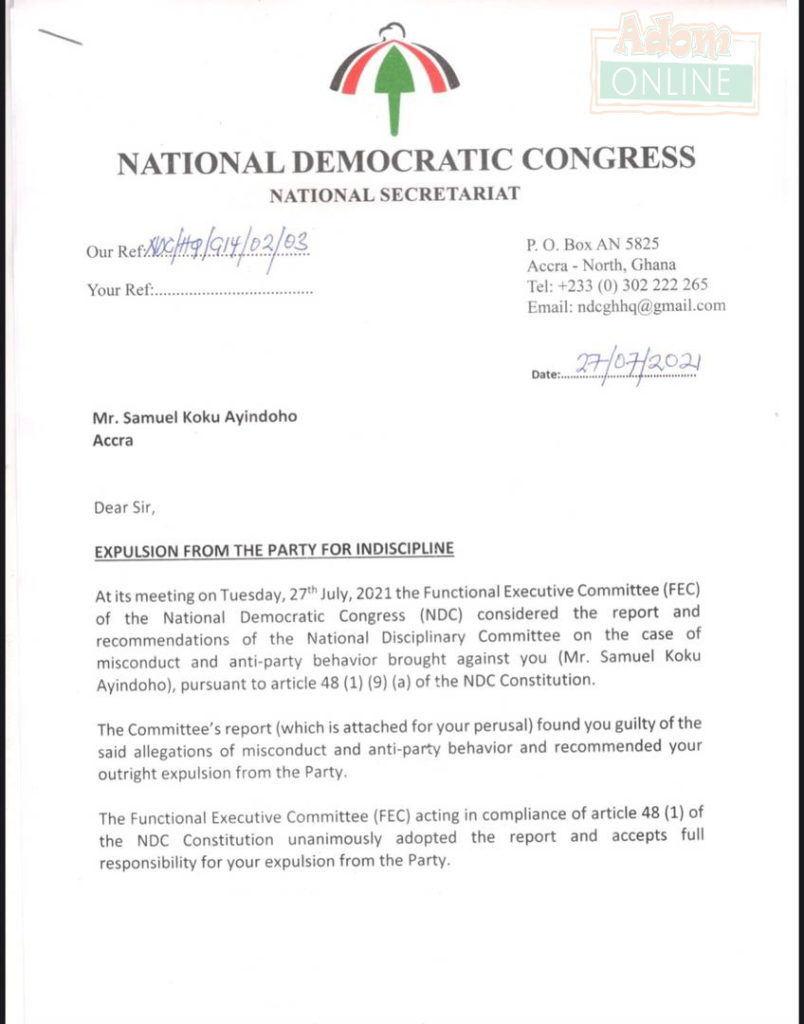 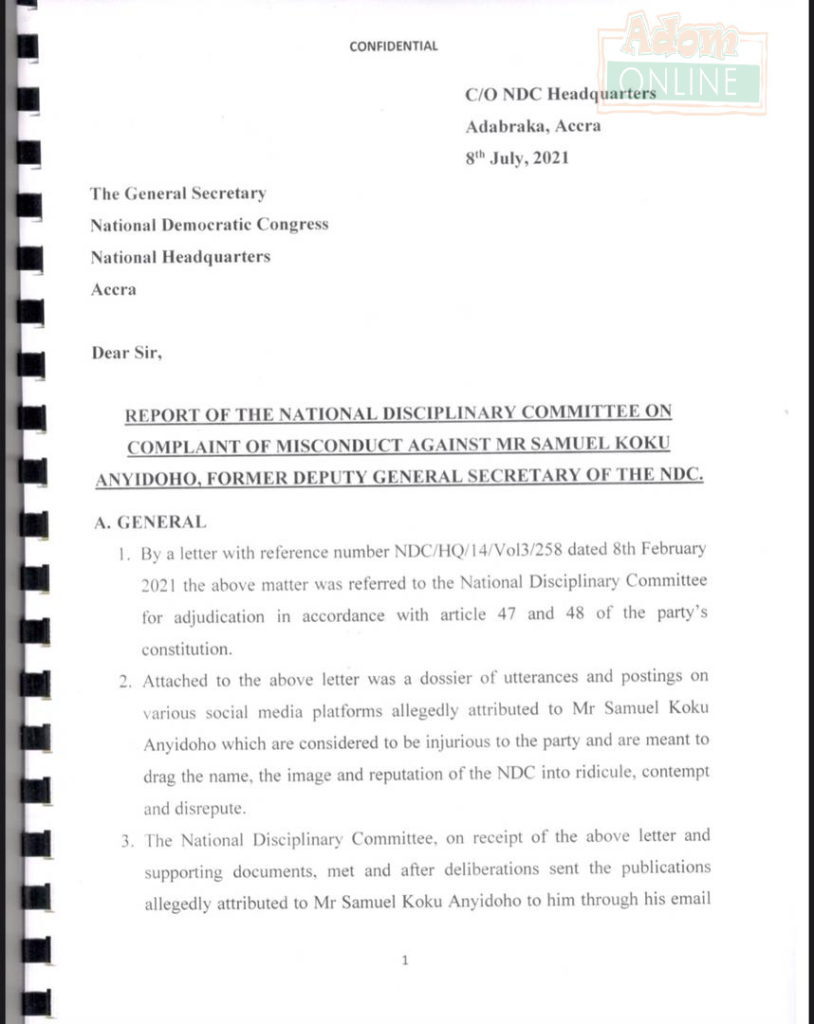 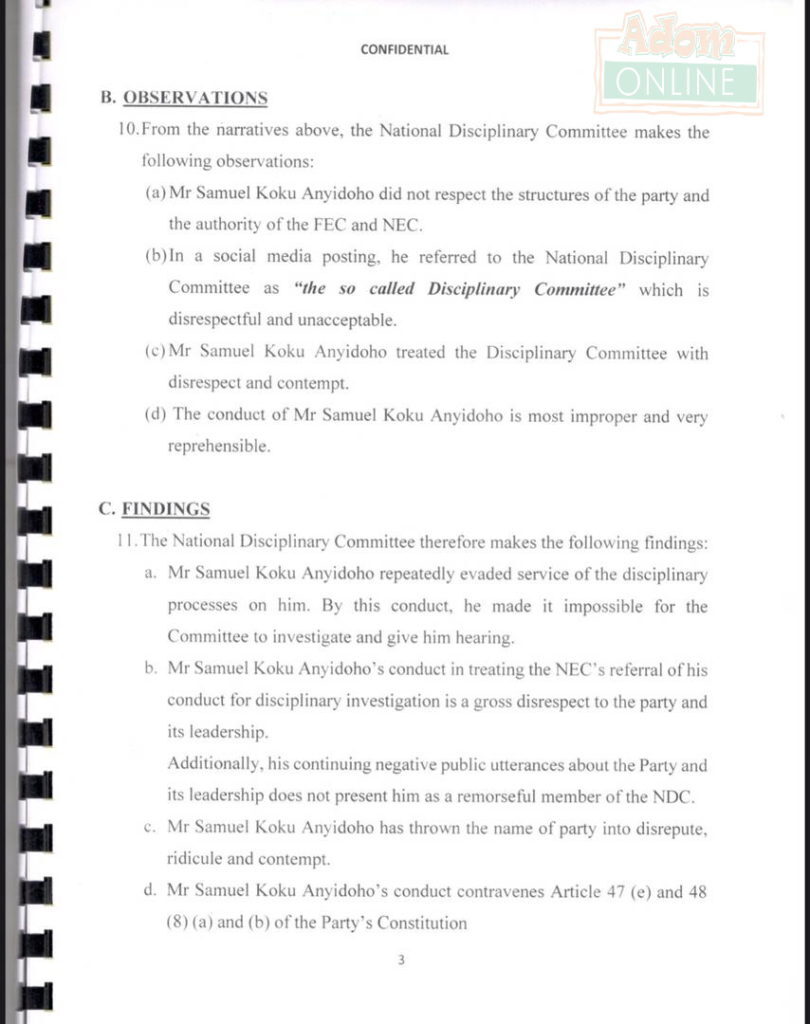 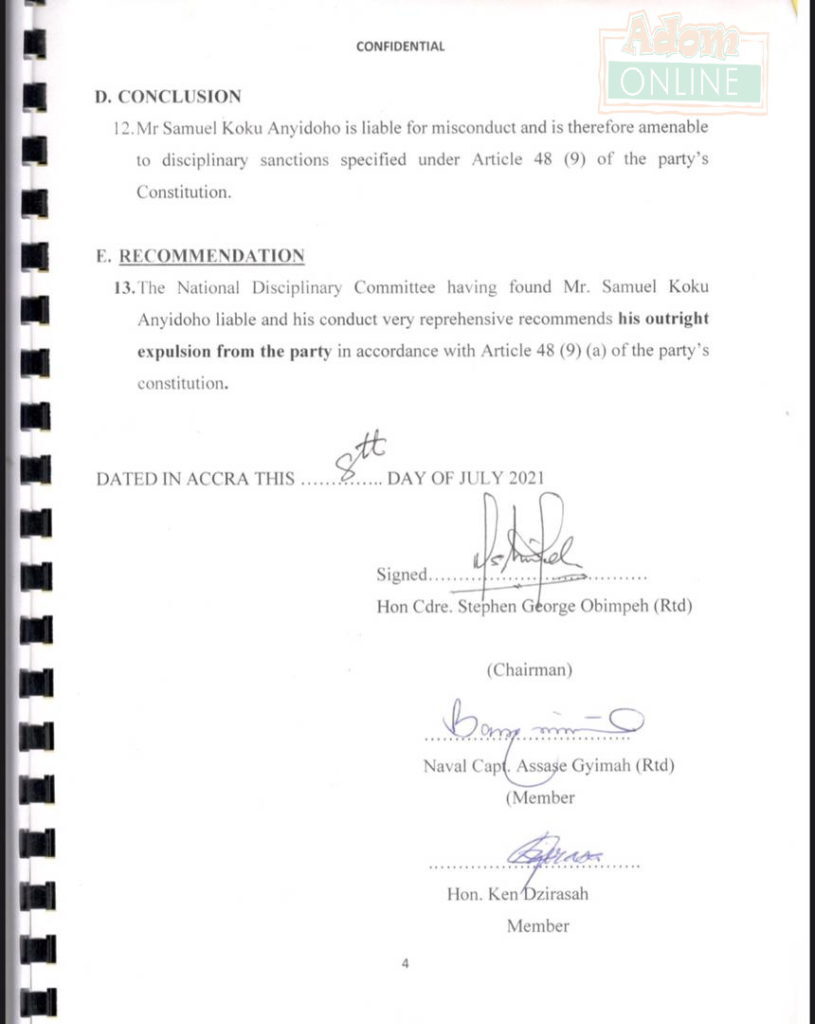 Previous “YOU CAN’T DO UGLY THINGS TO PEOPLE AND EXPECT TO LIVE A BEAUTIFUL LIFE’- Salma Mumin Shades Moesha Boduong?
Next ‘I’VE STOPPED ACCEPTING OFFERINGS IN THE CHURCH DUE TO ‘HOT’ WOMEN’ – Bro Sammy (VIDEO)