An on-air personality Dr Poundz has accused Highlife musician, formerly a pastor,  Ofori Amponsah of giving him a false prophecy about his life some years ago when he was into full-time ministry.

You would recall that Ofori Amponsah, a protége of Highlife legend Daddy Lumba stunned Ghanaians by shunning music and converting to Christianity.

Before that, Ofori Amponsah was undoubtedly the most popular musician of his time and had won a number of accolades.

Ofori Amponsah nevertheless put everything in the past and commenced his new life as an evangelist.

Another surprise followed when the musician announced he was no more interested in the pastoral path his life was on a few years later.

He then informed the media that he had been not a pastor because God had never appointed him.

According to this allegation, Dr. Pounds claimed to have visited Ofori’s church for prayer and, during a particularly fervent session, to have informed Ofori that his elder brother in the United States would be sending him an invitation to come join him in America.

However, he did not believe the prophecy because at the time, his brother was not living in the US.

See the screenshot Dr Pounds shared to corroborate his story; 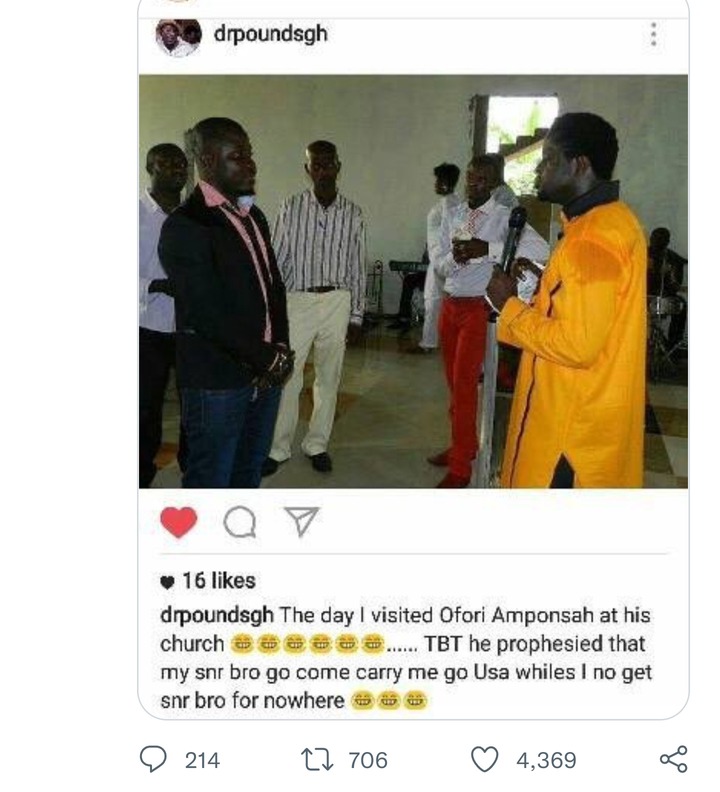 NO GHANAIAN MAN HAS COME FORWARD – Prof. Kaufmann On Why She Married A White Man