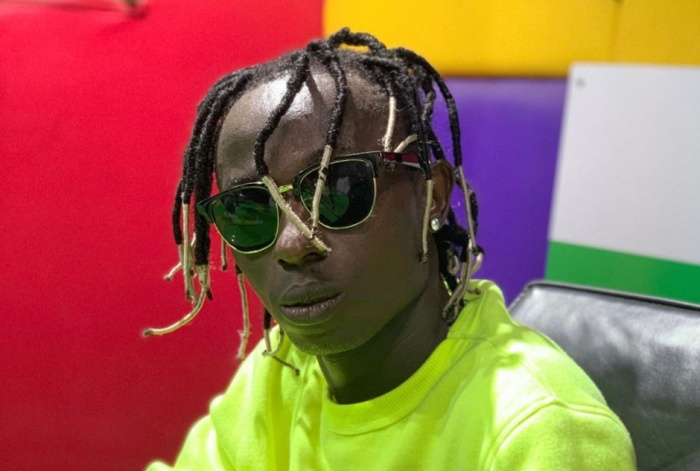 Pa2Pa Sojas, the management team of popular singer Patapaa, known in real life as Justice Amoah, has come out to debunk reports that he was poisoned.

In a press release sighted by Nkokonsa.com, the management team of the One Corner hitmaker cleared the air on viral reports about the singer being hospitalised.
According to them, Patapaa had been hospitalised for something different and not over the viral reports that he had been poisoned by some friends during a night out.
The statement from Patapaa’s management went on to indicate that even though the artiste was not very fit, he was responding to treatment and was soon going to be on his feet again.
The statement further encouraged the fans and followers of the singer to disregard the poisoning claim but remember the ‘Scopatumana’ crooner in their prayers so that no such thing ever occurs again.
On August 10, 2020, reports went viral that Patapaa Amisty had been hospitalised.
A video of him lying unconscious in a hospital; bed gave credence to the reports flying around.
The rather worrying video showed Patapaa looking quite pale and even unable to open his eyes despite the noise going on around him.
Read the full statement below: 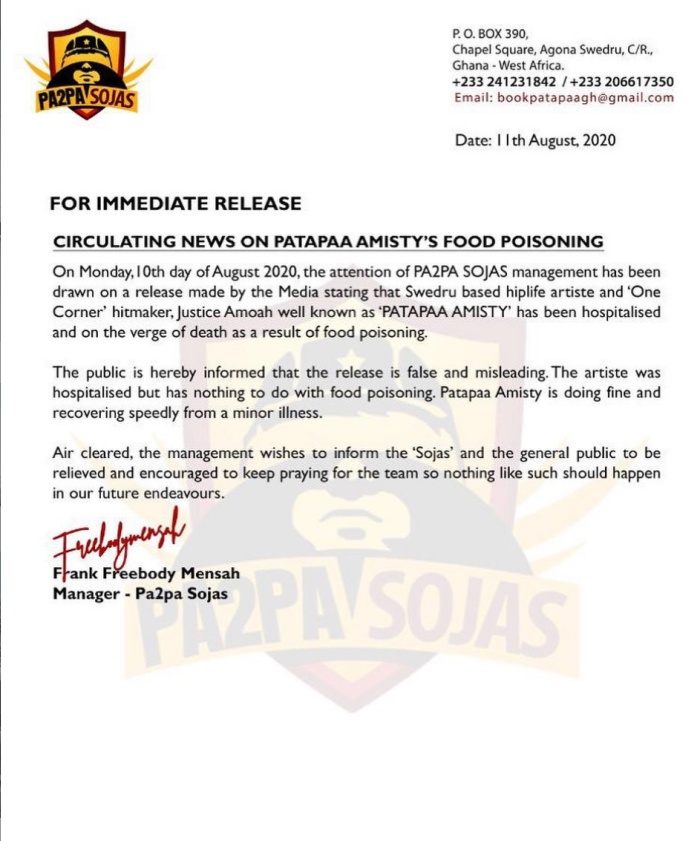