Radio Presenter and Reggae Musician Blakk Rasta has raised concerns on the age and health of President Akufo-Addo.

According to the “Barrack Obama” hitmaker, Seventy-seven-year-old President Nana Akufo-Addo must be told that he is tired and must retire, Blakk Rasta has said.

“Who has more tired limbs than the sleeping President Nana Akufo-Addo? He is a president who sleeps unprovoked”, the radio personality told Kofi Oppong Asamoah on the Class Morning Show on Monday, 29 March 2021.

“They are ashamed to tell him in the face that: “Mr President, you’re tired”.

“[At] seventy-seven years, you are retiring some people who are 17, 18 years your juniors”, he observed, adding: “I mean, you look at Ghana and you ask yourself: ‘Are we going forward or retrogressing?’”

The President recently asked Auditor-General Daniel Yaw Domelevo to go on retirement since, according to him, the A-G attained the compulsory retirement age of 60 in June last year, per his own documents at the Social Security and National Insurance Trust (SSNIT).

A few weeks later, he also directed the Director-General of the National Lottery Authority (NLA), Mr Kofi Osei Ameyaw, to go on his compulsory retirement.

The President’s correspondence to Mr Osei Ameyaw, signed by Executive Secretary Nana Asante Bediatuo, read, in part: “Upon reaching the compulsory retirement age of sixty years on 20 February 2020, the President of the Republic, by a letter under my hand dated September 3, 2020, granted you a one-year contract of service as Director-General of the National Lottery Authority”.

“The one-year contract lapsed on 20 February 2021, and, therefore, you are retired on that date”. 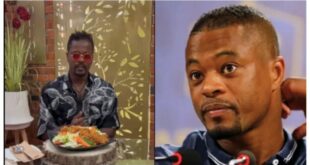