Nana Ama MacBrown and her husband Maxwell Mensah has put a smile on the face of physically challenged kid entertainer.

The actress and her better half surprised a blind entertainer who leaves in Cape Coast.

Nana Ama McBrown entertained some students of Cape Coast School of the blind.

The couple surprised former Talented Kids competitor and gave him a brand new Yamaha keyboard and a microphone to help him chase his music dreams as he celebrated his 13th birthday, on Sunday February, 25, 2018.

Nana Ama McBrown who was emotional when giving him the gift encouraged him to chase his dreams and never give up despite the fact that he’s blind.

“I met Christian Morgan when I went on TV3 Talented Kids as a guess judge and I promised him to give him a gift whether in wins the completion or not. Well, he didn’t win but I remember he said really wanted a keyboard so I decided to surprise him today”, she told Nkonkonsa.com.

Management of the school and Christian Morgan’s parents thanked the actress and her husband for their kind gesture and had a photo session with them. 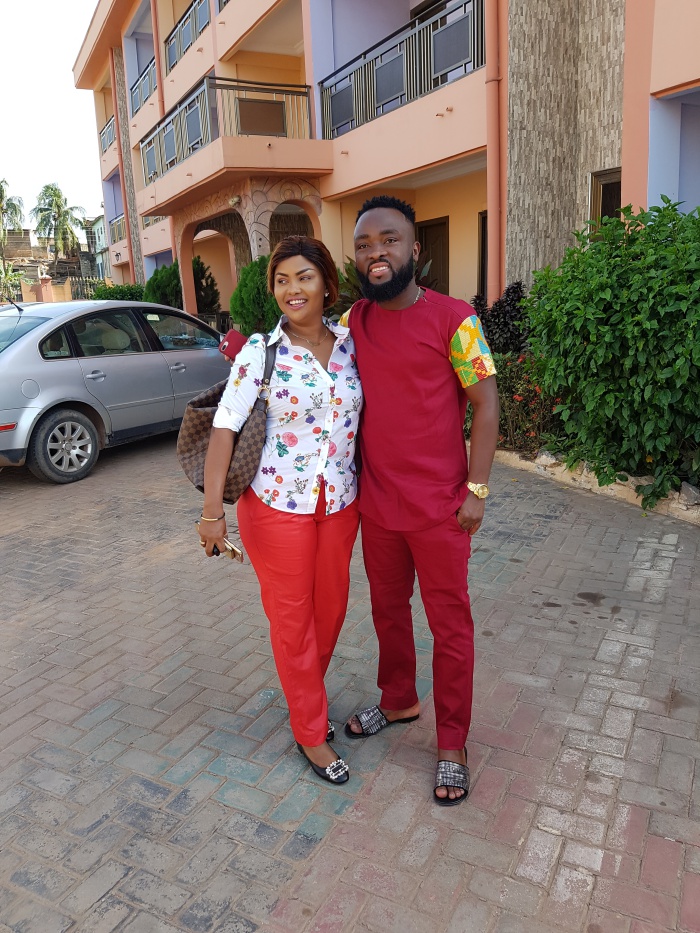 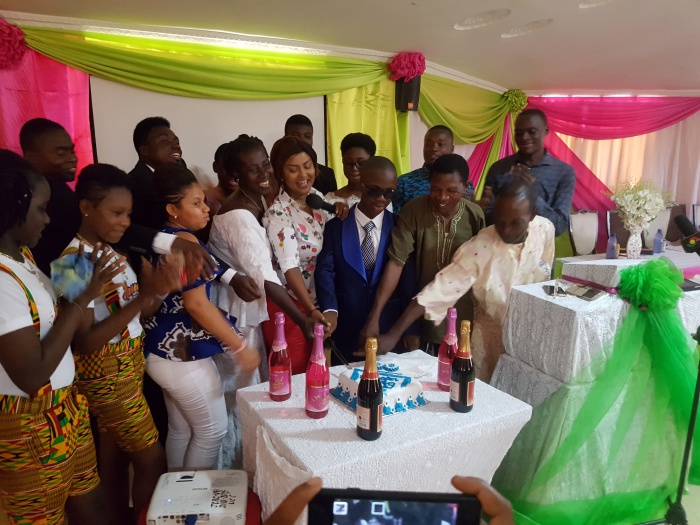 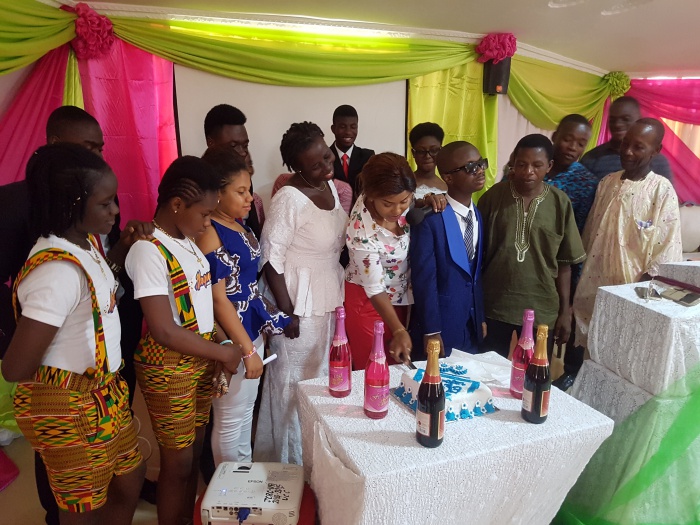 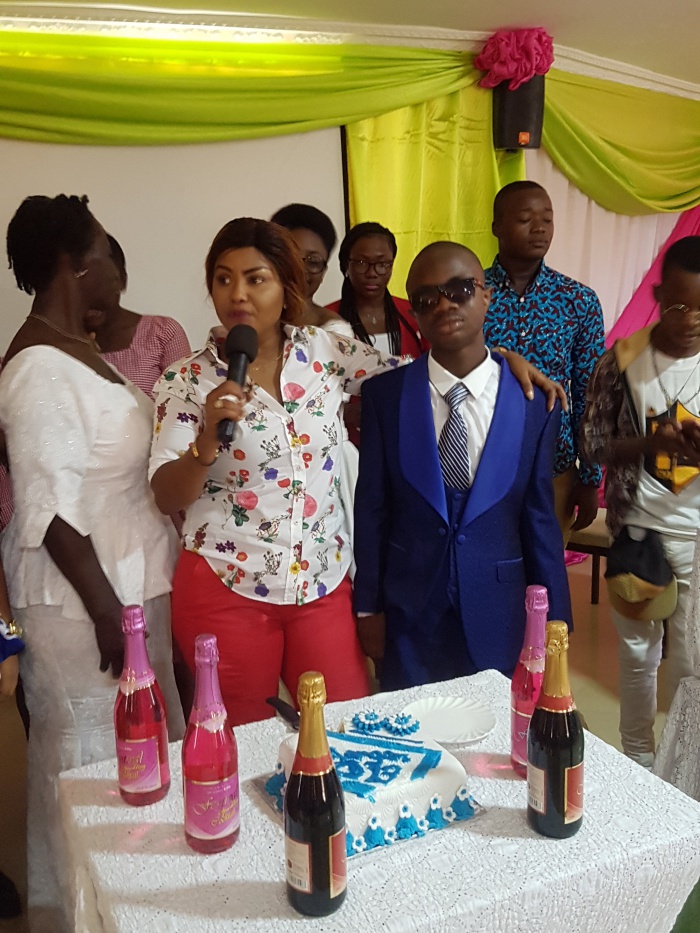 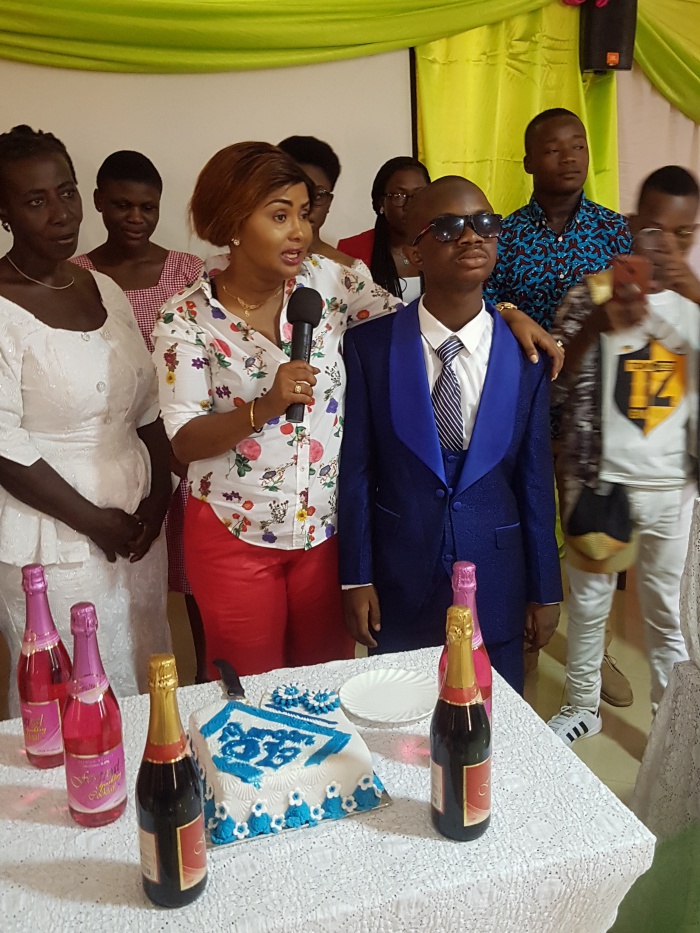 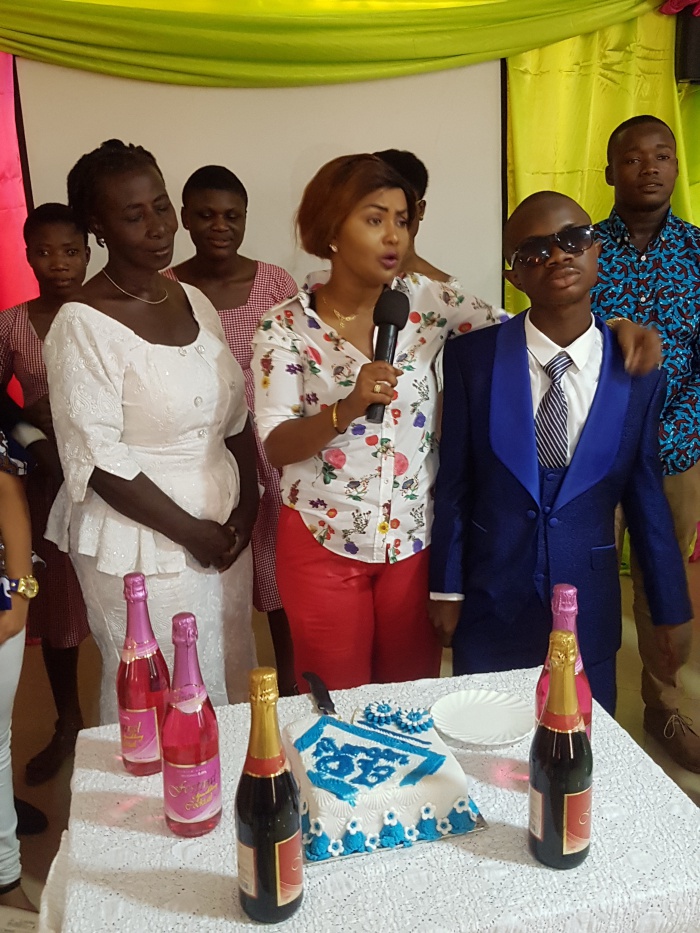 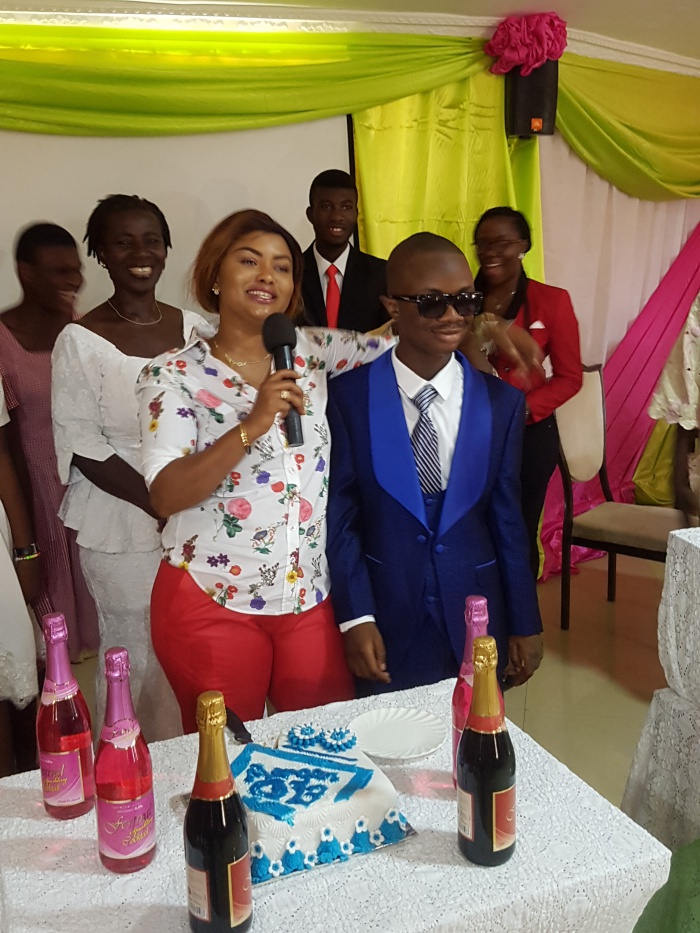 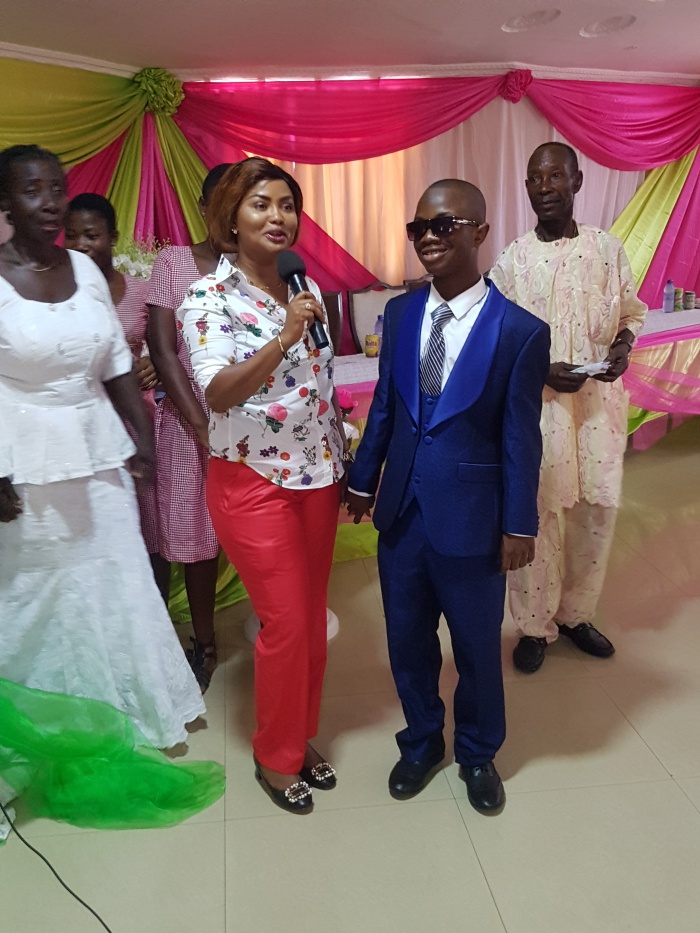 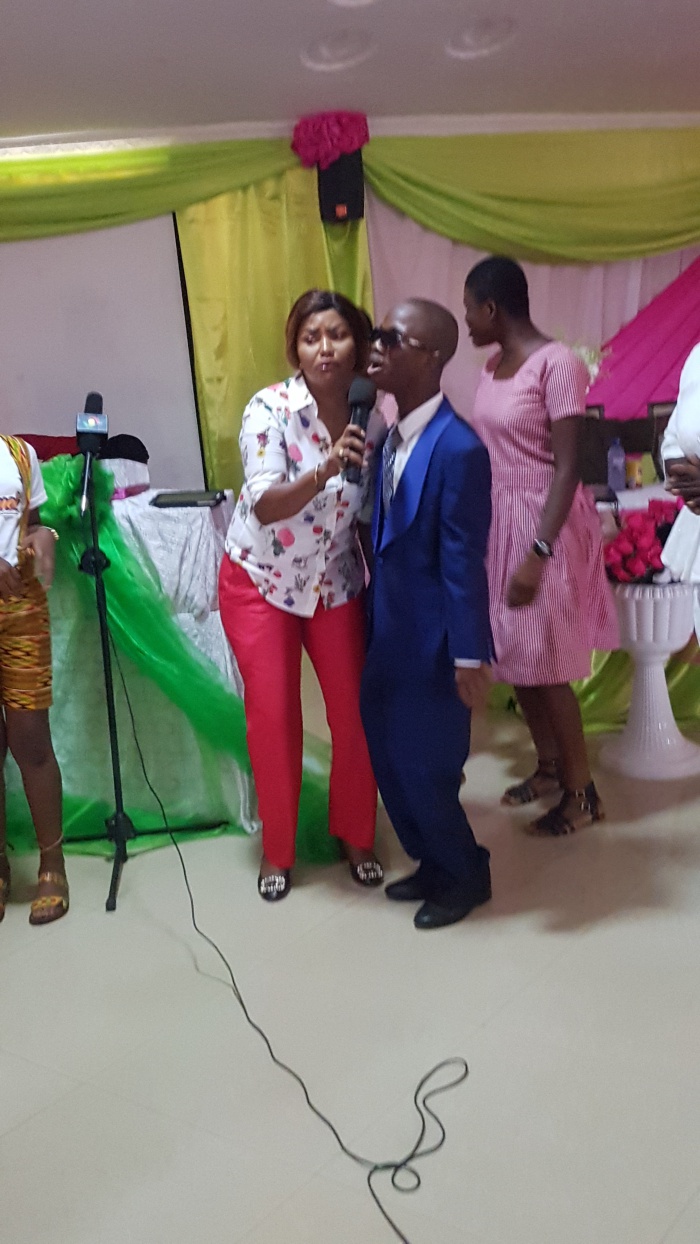 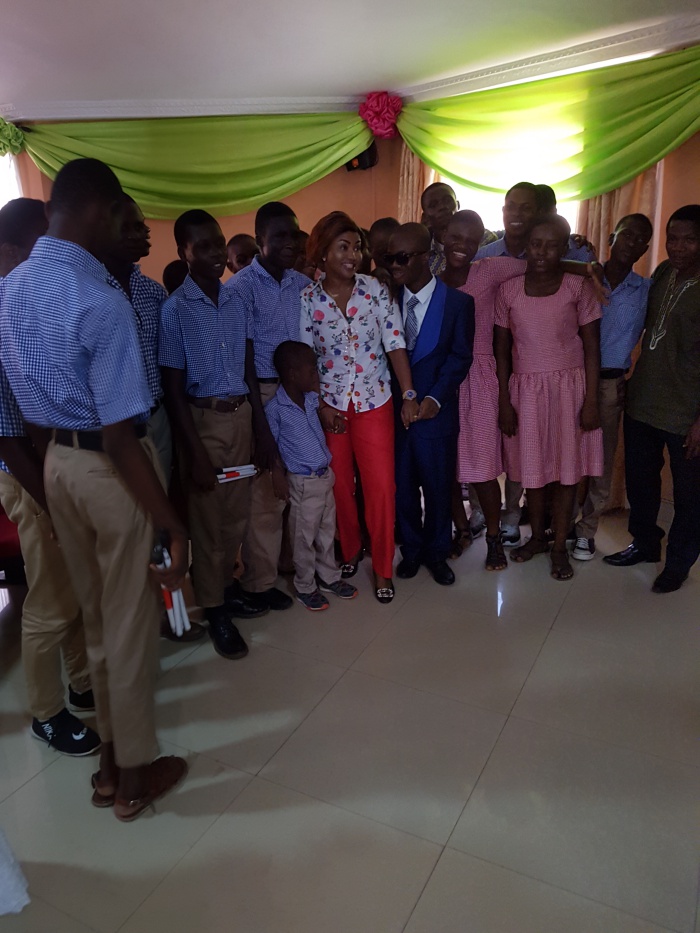 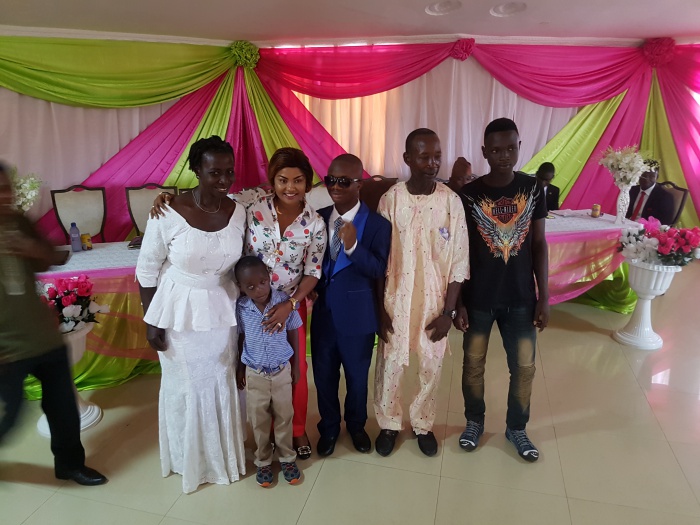 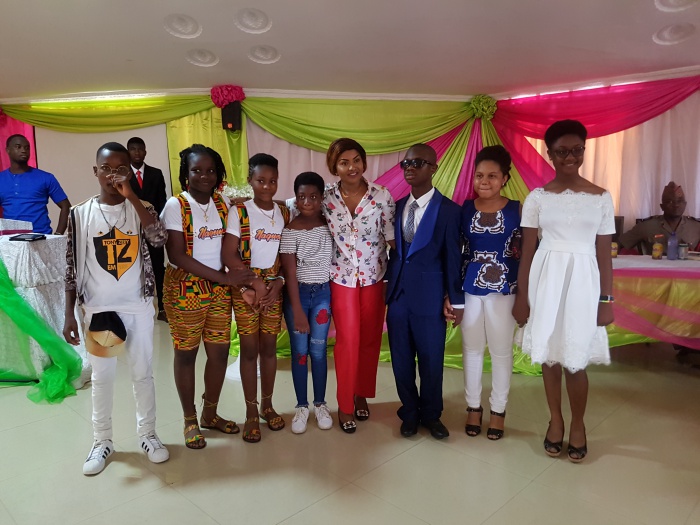 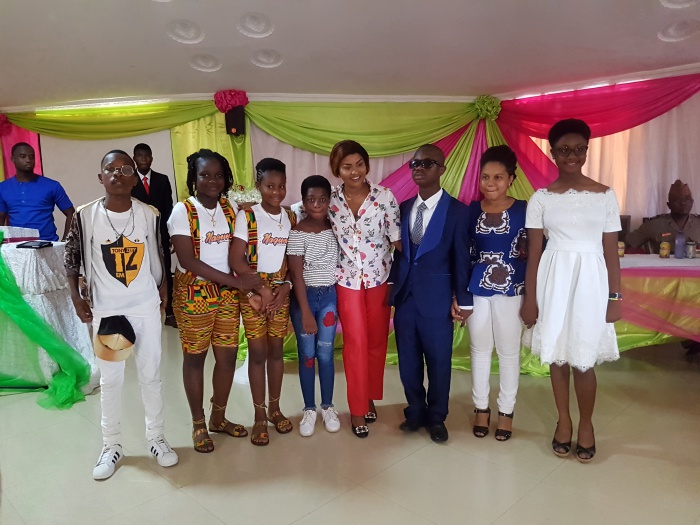 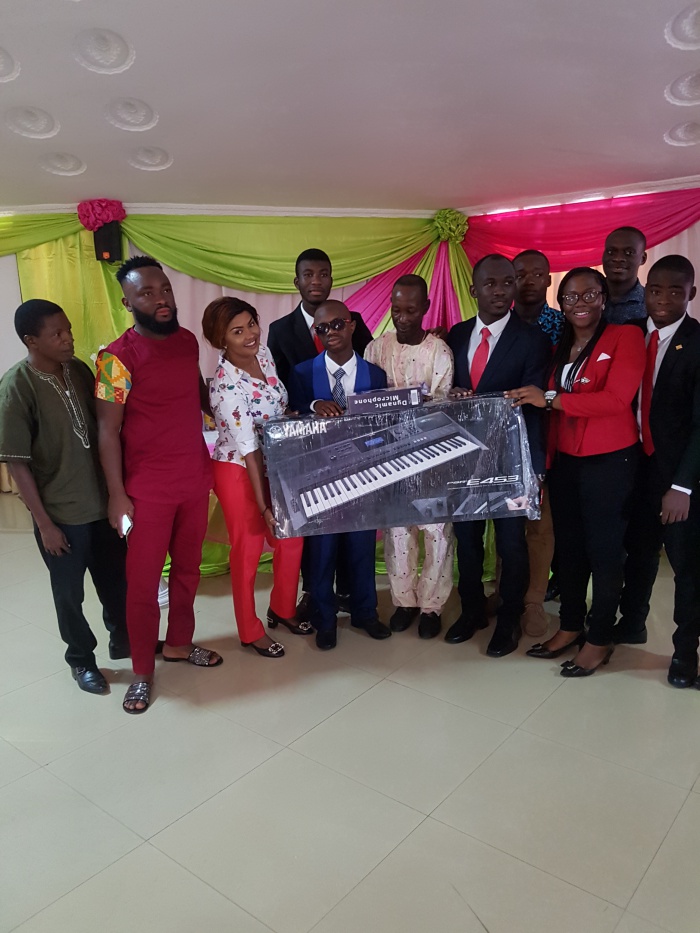