The group of 40 people recruited and christened the ‘UB40’ were given a diabolic agenda of making the hardworking high performing Assin South MP Hon Ntim Fordjour unpopular with the aim of unseating him. Among other strategies they discussed was a promise of paying the selected 40 delegates (UB40) 50 cedis a week across the board and 30 cedis daily for another 10 with iron coated heart and minds.

The 40 diabolic delegates recruited (UB40) were to place prank and hoax calls on delegates under the guise of helping the MP to select his favourites among the delegates. They are then to report to the pay masters responses to enable them tag delegates or confirm their allegiance to Damtse the Aspirant. Key among the evil mandate given to the UB40 is a task of vilification attacks and spreading of falsehood about the MP on many fronts simply to make him unpopular.

With the reliable and swift help of a mechanism put in place by friends of the Hon Ntim Fordjour, the meeting was recorded and leaked, exposing and foiling all their diabolic agenda. We will update you on every diabolic agenda and evil move they make in all their secret meetings.

It will be recalled that Joseph Damtse has a questionable and disloyal record in Assin South politics since 2011 when he sought to unseat Hon Prof Dominic Fobih. But when he woefully lost the primaries, he failed to concede defeat and issued threats on delegates and abandoned the constituency. He failed to support Hon Prof Fobih and the party during 2012 elections.

The next time Damtse resurfaced was in 2015 to contest primaries which he lost again to Hon Ntim Fordjour. Consistent with his attitude, he insulted delegates, called them names, threatened them, and failed to concede defeat.

Rather regrettably, Damtse held series of press conferences on TV and radio to go independent. He thereafter failed to support the party in campaign and abandoned the constituency for all this while.

Many delegates have thus entrenched a belief that Damtse is not a trusted person and rather disloyal to NPP and Assin South. He only surfaces when he wants to contest primaries. 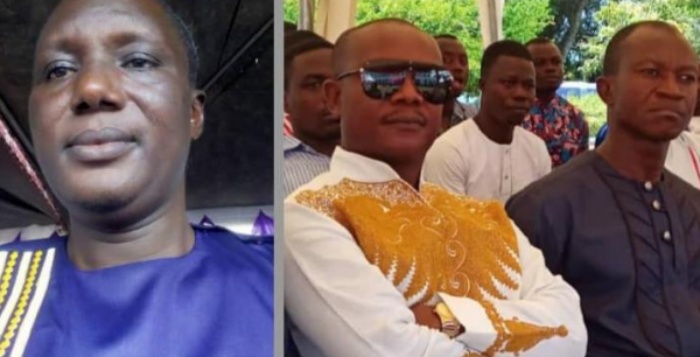 Previous BANKING SCANDAL: HRH OSCAR DOE ACCUSES OSEI GYASI OF BEING ONE OF THE ARCHITECTS OF THE CRISIS
Next POLITICIANS IN GHANA ARE WISE ONLY WHEN THEY ARE IN OPPOSITION – Yvonne Nelson