Ghanaians have reacted to photo that captures popular celebrity blogger, Zionfelix and a pretty young lady in a dual pose after probably bumping into each other.

He even became a subject of public ridicule after he deleted maternity photos of Erica from his Instagram page but kept that of Minalyn’s.

Zion posted the photo on Facebook with no caption but got the most bizarre comment under the post which suggested Zion would definitely have a thing with the damsel but some begged her not to impregnate her. 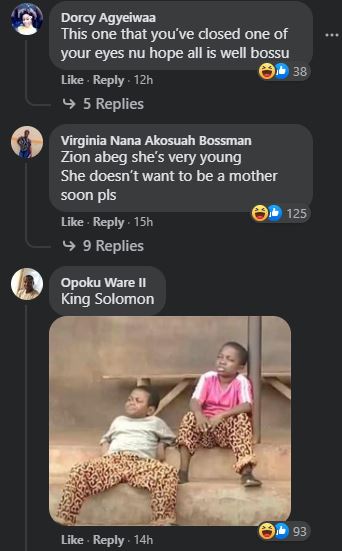 Previous THE PROPERTIES SHE FLAUNTS ARE NOT HERS, THEY BELONG TO FOOTBALLERS SHE SLEEPS WITH – Diamond Appiah Shades Delay
Next STOP WORKING WITH BUHARI GOVERNMENT AGAINST OUR MEMBERS – Biafrans In Nigerian Warn President Nana Akufo Addo