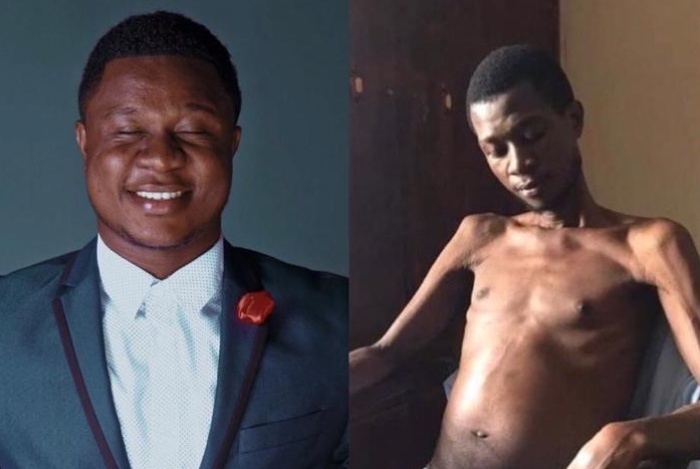 This was announced by television and radio personality, Giovanni Caleb today on his Twitter page.

A family source has confirmed the sad news to Nkonkonsa.com, adding that Ray died in India while undergoing liver surgery.

The death of the artist follows months of battle with liver cancer. Pictures of the talented artist looking sick and helpless had hit social media in August 2020, drawing attention to his urgent need for surgery.

Emmanuel Apraku was in need of £40,000 to undergo urgent surgery. While a GoFundMe account was set up on Wednesday, August 19 to raise $55,000 to support Emmanuel, a tweet via his handle said the First Lady, Rebecca Akufo-Addo had donated $20,000 to help cover the cost of his treatment.

The development resulted in some celebrities taking to their social media platforms to solicit funds for the talented young man.

Through the collaborative effort of social media users and celebrities his family was able to raise funds beyond the targeted £40,000 needed for the surgery. But sources close to the family say he passed on today.

Among other things, Ray Styles is known to actively support numerous social awareness campaigns through his art.