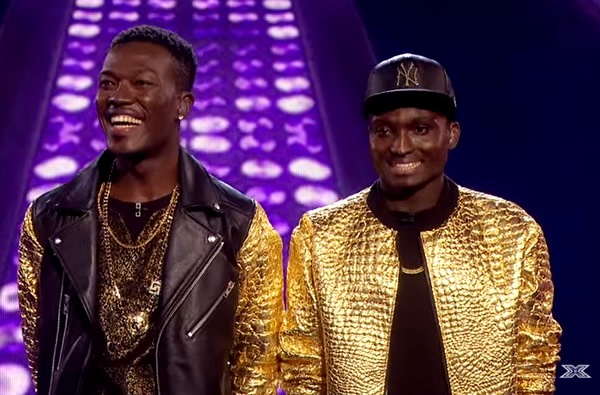 Ghana’s Reggie N Bollie have made history as the first Ghanaian to reach the finals of X Factor the biggest TV reality show in UK.

The group made up of popular Ghanaian musicians Reggie Zippy and Bollie were the first to be announced for the finals on Sunday night’s result show on ITV.

They are joined by Louisa as Che Chesterman and Lauren Murray sang off for the last spot. The judges were left in a deadlock thus left the decision to the public. Lauren had the least public votes and was therefore evicted leaving the top 3 finalists as Reggie N Bollie, Louisa and Che Chesterman.

The duo took to social media to thank their fans for voting for them. “Thank you all for voting n supporting us”. 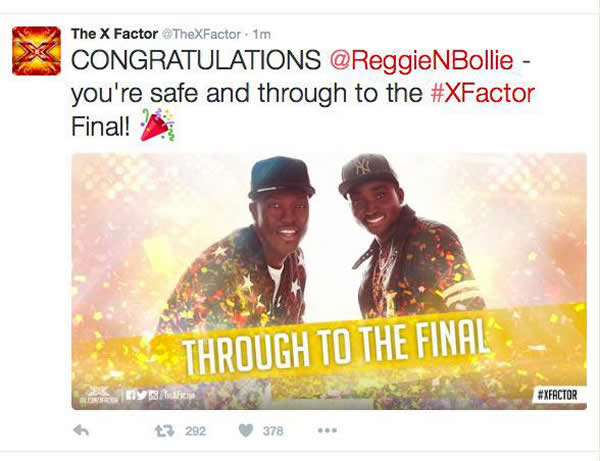 Watch the performance that took them to the finals.