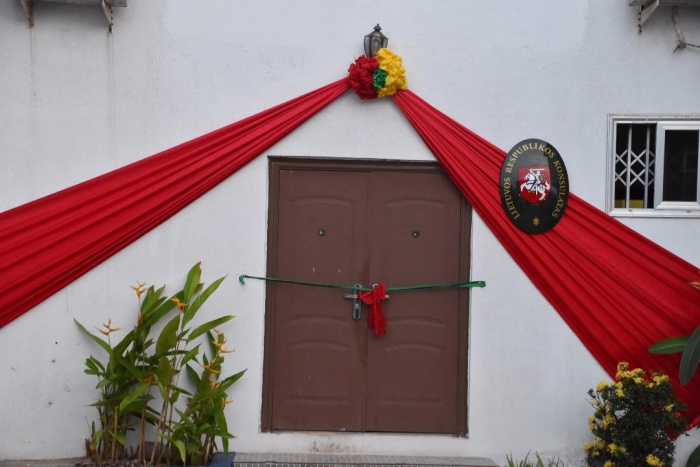 Republic of Lithuania is officially in Ghana now.

As part of efforts to strengthen bilateral relations and enhance business and economic cooperation between both countries, the Republic of Lithuania has opened a consulate in Accra the capital of Ghana.

Lithuania has for almost 25 years maintained a constant diplomatic, Cultural, Tourism, Trade and Economic relationship with Ghana. Both countries are involved in a number of multilateral projects in the areas of Renewable Energy, Construction and haulage among others.

The Minister of Foreign Affairs of the Republic of Lithuania, H.E. Linas Linkevicius lauded Ghana’s success feat as far as multi-party democracy, peace and stability in the country are concerned. This will be the Minister’s first visit to Ghana.

Honorary Consul of the Republic of Lithuania in Ghana, Hon. Arthur Roshkovskis speaking at the event pledged to deepen friendship and development ties between both countries particularly in the areas of education, tourism and culture. He further outlined Ghana’s competitive advantage in the West African Sub-region.

Ghana recognized Lithuania de jure on 23 December 1991. Diplomatic relations were established between both countries on June 12, 1992.

Lithuania has been a member of the EU and NATO since 2004. Lithuania is the only Baltic Country with more than 800 years of statehood tradition. The Constitution of Poland – Lithuania together with the French were adopted in 1791.