SAMINI IN A FLIRTY POSE WITH STEPHANIE BENSON 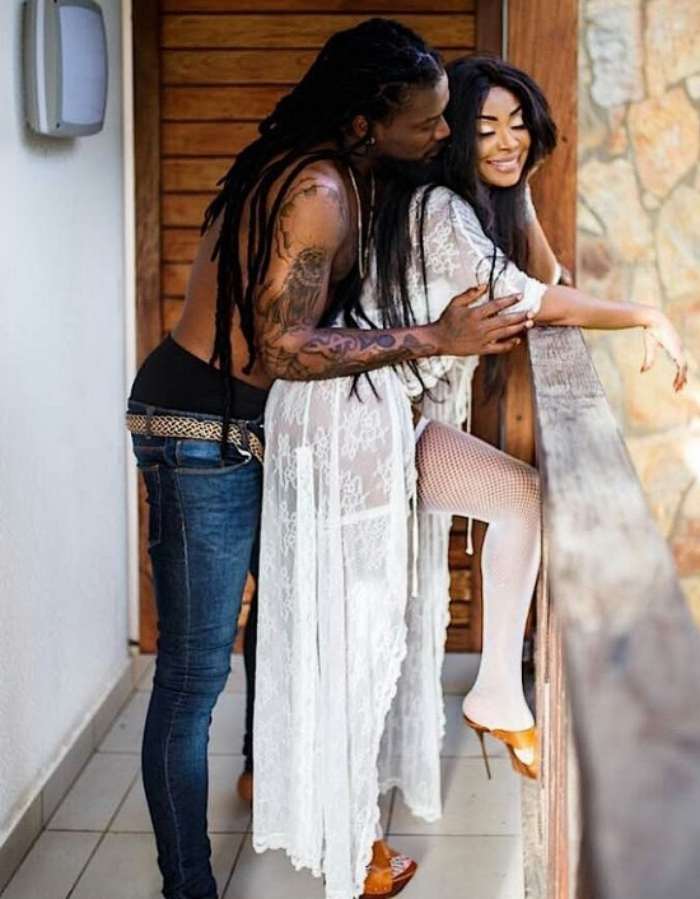 Reggae and Dancehall artiste Samini and Stephanie Benson have been captured in set of photos which are raising questions as to what is really going on between them.

The flirty pose in the photos is making their fans question “What’s really happening to the award winning silky Singer Stephanie and show stopper Samini”.

The Ghanaian international soul, pop and jazz artiste Stephanie Benson in these photos flaunt some flesh with “My Own” artistes Samini.

In the coloured picture, Samini is seen with his belt hanging lose while he groped Stephanie Benson’s thigh.

Stephanie Benson, dressed in a white lingerie, appeared to be enjoying the warmth of Samini as she kept her eyes closed and smiled.