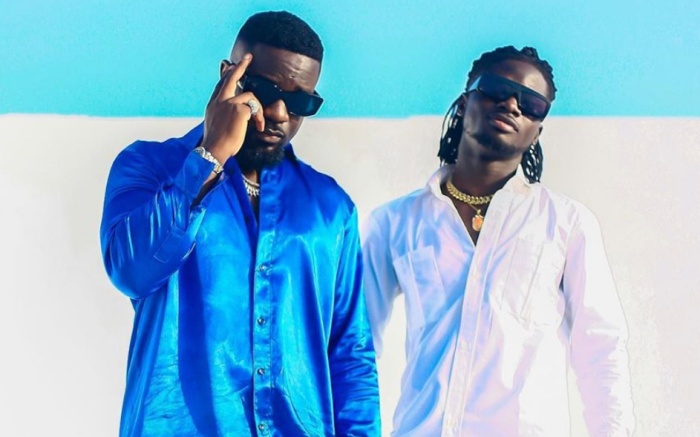 Singer Kuami Eugene whose voice was heard on Sarkodie’s newly released song “Happy Day” which seems to endorse the current president, H.E Akufo Addo ahead of the December polls has spoken about the tune.

The singer explaining himself after the song was tagged a campaign song for the NPP following its release says he had no idea it was for such an agenda. Speaking to MzGee, he said Sarkodie only sent him one verse of the song which never contained the endorsement part just to aid him in composing the chorus and his verse.

Kuami Eugene went ahead to state that he only got to know that the song contained the endorsement of NPP when he was on set ready to shoot the music video.

The musician who seems not happy about the development believes Sarkodie’s endorsement in the song will affect his career.

“Sarkodie only sent me the first verse of his rap which did not contain the endorsement for Nana Addo to aid me do the chorus, it was only at the video shoot that we got to know of the second verse, we confronted Sark’s management, and they denied…I am uncomfortable, I still don’t know Sarkodie’s motive for the song, it will have an effect on my career, I wasn’t ready to vouch for any political party openly….it will not end here” – Kuami Eugene tells MzGee Ghana on 3FM.