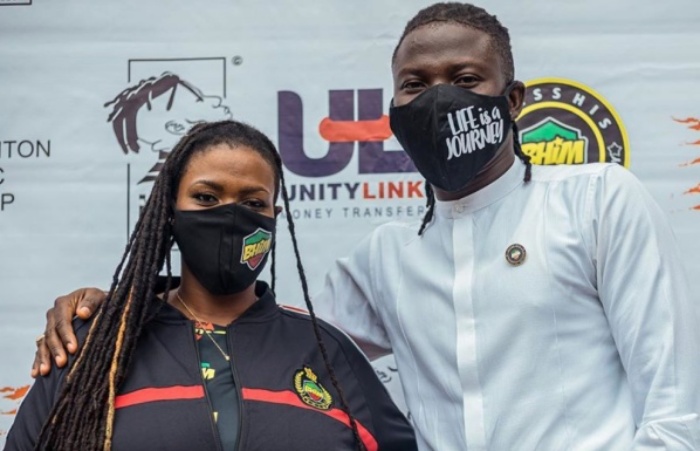 A staunch supporter of Stonebwoy, Ayisha Modi, has indicated that Sarkodie has reported Stonebwoy to the police following the Black Love Concert bust-up.
Ayisha revealed that after the incident happened, Sarkodie and his team called the Police Headquarters to request for the arrest of Stonebwoy over his action.
According to Ayisha, Sarkodie did not open up on all that happened in his press release that sought to address the incident between Stonebwoy and Angeltown.
She said Sarkodie was calling Stonebwoy his brother but had already reported him to the police. Ayisha said no matter what happened between herself and someone she considered a ‘brother’, she can never report the person to the police.
She called on Sarkodie to be bold and address the matter fully for all to know what exactly transpired on the night.
Ayisha went on to claim that Sarkodie had called some Ghanaian bloggers not to blog about the incident.
She however added that it was in her presence that the said bloggers received the phone call from Sarkodie.
Among many other things, Ayisha indicated that she was the one who introduced Sarkodie to one Terry who is now the rapper’s manager based in USA.
Source: An NKONKONSA.com Exclusive