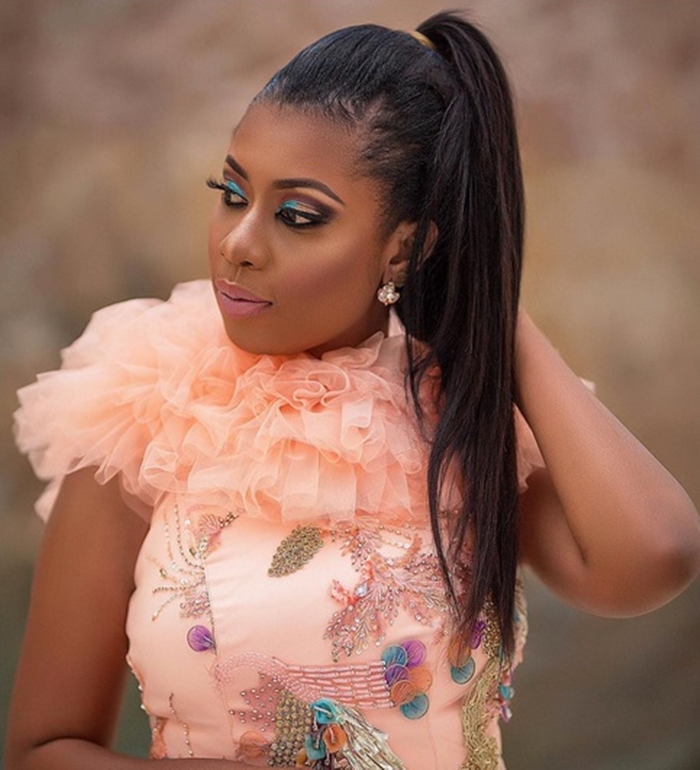 What a difference a year makes.

Early last year, TV presenter and actress Selly Galley revealed to Showbiz that she had placed family life on the back burner as she wanted to concentrate on her career.

However, starting a family is now a priority for the wife of hiplife star Praye Tietia who has dropped a hint that Ghanaians should expect a baby from her this year.

Selly wore a loose blouse over a skirt when she spoke to Showbiz which made it difficult to see any baby bump but she would not admit it or deny if she were pregnant.

“I just want Ghanaians to expect a baby from me this year. I have been married for almost three years and  I believe I would have a baby this year,” she told Showbiz in an interview last Sunday evening.

According to the host of The Premiers on Joy Prime TV, although she had not achieved most of the things she wanted before hearing the pitter patter of little feet in her house, she considered having a baby this year would not be a bad idea.

“I cannot have everything in this world before I start a family. After working hard for some months now, I believe I am ready to cater for a kid and I know I will be a good mother,” she added.

“I like everything about my husband but one thing that I am not so cool with is his jealousy. I appreciate the fact that he is always there for me and sees to it that I get what I want but his jealousy level is too much,” she added.

Turning to her acting career, Selly, who is known for starring in movies such as You May Kill the Bride and John and John, disagreed with the perception that the local movie industry was dead. According to her, Kumawood movies were doing well and individual entities were coming on board to sponsor the English movies, giving a signal that all was not lost.

“An individual sponsored the latest movie I featured in, John and John, and I was surprised to know the amount pushed into that movie. The movie industry is rather getting better I think.”

Selly, who has been adjudged Best Dressed Actress on four occasions – thrice by Eurostar and once by Glam Africa, said she felt good to be nominated in the best-dressed category and winning it, too.

“My aim is to promote young African designers who are doing so well but are not  household names”, said the CEO of  African Child Foundation which raises funds to support  vulnerable people in society.”